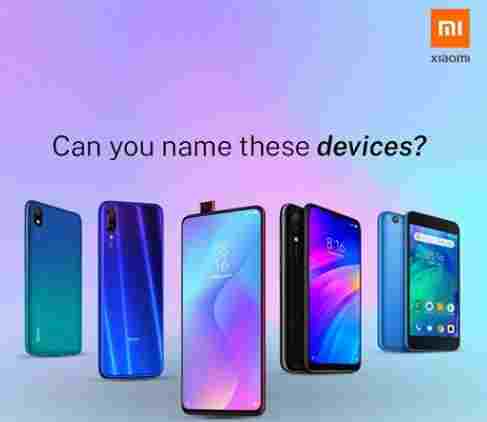 Xiaomi Phones in Nigeria are designed with budget and intent to provide value for money expended. There is hardly any smartphone OEM that would want to compete with Xiaomi for providing smartphones with incredible specs for less pricey tag.

There are numerous Xiaomi phones in Nigeria that not only can be used in the Nigeria market but also globally.

Almost all Xiaomi phones can be shipped to Nigeria and works perfectly except the variants meant for China market only.

We would make a list of some Xiaomi phones in Nigeria. But, take note that it’s just a tip of the iceberg because almost all Xiaomi global version of smartphone also work in Nigeria.

And support all network providers like, Glo, Airtel, MTN and Etisalat.

Here are a list of some Xiaomi Phones you can find in Nigeria:

Aside this listing, there are also several other uncountable ones roaming in the Nigeria market. Let’s delve into some few ones.

As the name implies, the smartphone features the android Go operating system. Which is more like an optimized form of Android OS for feature devices which uses lite version of apps.

Next in line is the Redmi 6A which is also less pricey. With around 27000 Naira, you would get the device from Jumia. The Redmi 6a is sleek and fine. Classy with moderate packed specs. If you are still on a very low budget then you would want to opt for the Redmi 6A.

Overall the smartphone is very cool. Features simplistic design with decent specs for the price. To get the device (Redmi 6A) simply hop into JUMIA Nigeria.

Up next is the Xiaomi Mi 9.

The Xiaomi Mi 9 smartphone is unarguably one of the best smartphones of 2019 which you can get for a decent price tag of around 100+K Naira.

The Mi9 became the top best smartphone of 2019 when it was released before OnePlus 7 Pro came in to out do it. But, comparing the price of both, you would easily go for the former.

Mi 9 is a flagship release unlike the Redmi Series and Note Series which were design with budget in mind. Though, the Mi 9 price will make you think it’s a budget release.

To get Mi9 simply hop into Jumia or Aliexpress to make a purchase.

Mi 9T comes with a selfie camera that pops out from the middle of the smartphone just like as in Oppo F11 Pro.

Though you can’t compare the Mi 9T and Oppo F11 Pro. The Mi 9T in performance and pricing far outperforms the Oppo F11 Pro.

Mi 9T also features specifications you would get in the Mi 9. It was also released officially in the Nigeria market.

The Mi A3 is another killer release with an incredible Selfie front camera. Packs all the perks you would want in a flagship for less price tag.

The Mi A3 is also available in the Nigerian market you can easily get the smartphone from any Xiaomi vendor close to your location or from Jumia or Aliexpress.

Redmi 7, just like the Redmi 6A above falls in the budget category, the smartphone goes for around 33+K in Nigeria. Comes with a Snapdragon chipset too.

With the minimalistic notch design that went viral in 2019. The battery is also very good. Overall a good smartphone on a budget.

Redmi 7A is even way more cheaper than Redmi 7. Comes with a slightly lower specs than the Redmi 7.

The redmi Note 7 is also very decent buy when compared to the specs. You would get the Note 7 in Nigeria starting from around 54+K Naira for the 3GB/32GB type while the 4GB/64GB variant is around 66K Naira.

The Note 7 sports an impressive camera both rear and front. And packs the feature you would want in a midranger category.

The Redmi Note 7 Pro is just a more beastlier form of the Redmi Note 7 with higher RAM and screen. You would get it for around 80-90K+ Naira in Nigeria.

Think of it as the higher form of the Note 7.

Depending on your budget and needs, with the listing given you can easily be able to spot a Xiaomi smartphone that will fit into your needs.

If you are the gaming type, that is using high demanding applications, you would want to go for the Mi 9, Mi 9T, Mi A3 or the Note 7.

While if you on a tight budget, you want to settle for the Redmi 5a, 6a or 7a versions.

To get all of the smartphones listed above, you can either get it online via Xiaomi outlets nation wide which is given in this post:

Or you can also buy online from:

Above listed are some of the Xiaomi Phones you can use in Nigeria alongside various outlets you can purchase the device from.

If you have any questions or your favorite Xiaomi smartphone wasn’t listed, do leave a reply in the comment section below.