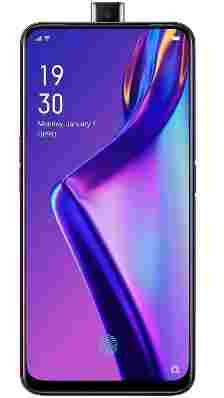 The smartphone brand came into existence in 2001 and went into global recognition in 2004. From inception to the time of penning this article, Oppo is 18 years of age.

So far, the company have been able to achieve remarkable fit in the mobile production industry. Easily sporting a feat as being amongst the top ten best OEM brand of 2019.

Other products the OPPO brand is known for is Music devices, Home theaters, CD Players, Gadgets and Accessories.

Aside their head quarters in China and Manufacturing base, Oppo also has it’s assembling plant in India, being one of the world largest market. Components and parts are made in China, then assembled and made in India also to key into the need of the India population.

So you could have an Oppo Phone just for the Indian market. Presently the company is to sport in India 2 manufacturing plants. The first one in Noida with the ability to generate up to 50 million smartphones every year.

Prior to this the smartphone OEM in India were only able to manufacture around 14 million units of smartphones. The combined production of these two units would make the company to be one of the dominant in the India Economy, just like Xiaomi.

The new facility at Greater Noida is able to employ over 3500 persons. This is a boost to the Indian economy and a win win to both Oppo and the Indian people.

Also has also stepped into the African market, by unveiling the Oppo F11 Pro aiming firstly at Nigeria, which boast of being one of the largest market places in Africa.

Though Oppo like Xiaomi is yet to establish any manufacturing plant or assembling plant in Nigeria. But, as the smartphone gain more momentum, there could be the possibilities of that in the nearest future.