This post is all about, “Netflix Nigeria TSTV DSTV Iroko TV”, entertainment services.

Netflix is an on-demand -Internet streaming media.  With Netflix You’ll be able to instantly watch unlimited movies and TV show episodes over the Internet on your TV via a PS3, Wifi, Xbox 360, mobile or any other Netflix enabled device. You can also watch instantly on your computer.

The likes of Netflix, TSTV Nigeria, Iroko TV etc have emerge to change the way Nigeria use media contents.

With the rising number of internet users, indeed the cyber space in Nigeria is a viable market place for media content consumption. And platforms, such as Netflix, in the nearest future will have a handful of market share from the Nigeria space.

The arrival of Netflix in Nigeria will mean bigger competition for video content services like DSTV. Its rather too early to say how it will affect market share. 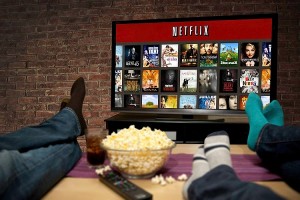 Some notable countries that are unable to get access into  Netflix services include Vietnam, South Korea, Singapore, Saudi Arabia and India. Countries like North Korea, China and Syria still lack access to Netflix. This is due to socio political reasons.

Learn get yours here

Their advent into the Nigerian and African market would allow more users in these areas access to robust entertainment services from the entertainment Giants.

NETFLIX, is a welcomed development in the Nigerian space, as users in Nigeria can be able to utilize technology in its best of forms via the video streaming service. And the advent of 4G and 5G networks in Nigeria would also help to bolster this.