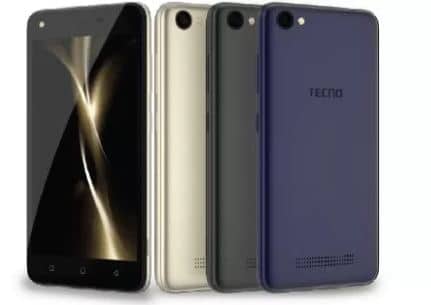 Tecno WX3 is the first of its kind in 2017 addition into the W-Series family alongside the likes of WX3p, WX3 Pro and WX3 LTE. These additions are all lower ends in terms of specs for the price, except, for the WX3 Pro which sports same design styling and specs as the Tecno Camon CX; which can comfortably be referred to as a budget-low end.

Tecno WX3 is a 5 inch device with 3G network support, no 4G. The smartphone has a plastic casing design with strings of tiny opening at the bottom of the back for the speaker. The whole design is simplistic and straight to the point. The screen has a protection to protect against scratches and dusts.

Tecno WX3 comes with dual SIM functionality with support for 3G network, no 4G; not surprising, yet to see a Tecno device with single SIM.

Tecno WX3 is driven by 1.3GHz Dual Core CPU inside of a MediaTek Chipset as expected. The RAM is 1GB while the inbuilt storage is 8GB with expansion slot for additional storage.

In terms of camera the Tecno WX3 has 5MP camera at the rear with 5MP selfie at the front. Connectivity options include, Bluetooth 4.2, WiFi, Hotspot, 3G network, USB v.3.0. While inbuilt sensors include, Light sensors, Proximity sensors, Accelerometer, GPS.

Pricing going for around 27K-30K in Nigeria market. And available in the nearest Tecno shop around your vicinity. Can also shop online via JUMIA or KONGA in Nigeria.

Around 27K-30K Naira in Nigeria