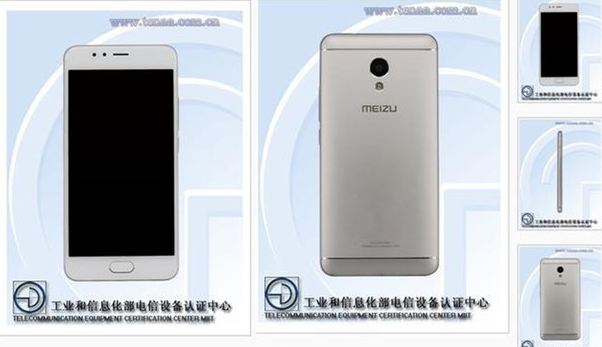 The device from specs comparison with the M5 Note released earlier 2017 sports similarities with the new device on the listing tagged with number M612C. This may actually be the Meizu M5X in the making.

The lising on TENAA shows a device powered by 2GB of RAM and Quad-Core 1.3GHz processor with 16GB Storage for the first variant.

The on-board Storage is 32GB for the second variant sporting 3GB RAM. And finally 64GB for the third variant with 4GB of RAM.

Other reveal, include, a 13MP rear camera setup and 5MP front camera.

Runs Android 6.0 Marshmallow Operating System. That’s all we got for the Meizu, more details may pop out when the release date finally comes to an end.

Going by all the specification given we could easily infer that the device comfortably seats between the budget and the mid range categories.

Though, Meizu had impressed with other budget releases. But, this one even tries to impress the more. Especially when you compare the value the smartphone would entail with respect to the price that it will offer for.

The good thing about the device is the options of variety that comes with it. Firstly, users get to choose between 3 variants starting from the one with 2GB RAM and ending at the one with a 4GB RAM.

By so doing users get to select the same design build and aesthetics but with variations in RAM and storage memory as the case may be.

Definitely the 4GB RAM variant would be more beastly, but not everyone would be so enchanted with just beastly performance.

Some users actually just require a small specs device for calls and some slight operations that may not necessary require much of performance.

Such users, even on high budget would still prefer to opt for low end device especially when their smartphone needs are way below the capabilities of a beastly 4GB smart set.

In either case, whether opting for a big RAM or a small RAM either based on budget, wants, needs, etc. It’s all a win-win situation.