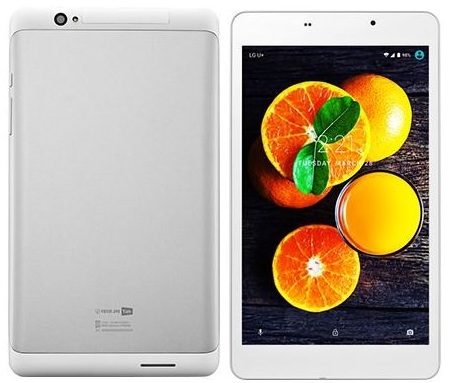 LG U+ Pad 8 4000mAh Battery Tablet Price & Specs USA UK India Nigeria.
LG U+ Pad 8 is now official with support for GPS and LTE. The tablet was unveiled by the Korean Company as a mid-ranger tablet.

At the core of the device lies the MediaTek MT8783 chipset with Octa-Core processor clocked at 1.3GHz. The RAM is 2GB while the inbuilt storage is 16GB.

The rear camera is 5MP while the front camera is 2MP. The 8 inch tablet comes with 4000mAh capacity battery. Supports LTE, WiFi, GPS and FM Radio.

LG U Plus falls in the low budget category of smartphone. The type simple android users would mostly want to opt for.

The type of people that aren’t heavy users, but would instead prefer to use Lite Android apps to maximize their device speed.

What makes this smartphone a good buy. Is it’s battery capacity, simple design and provision of 4G LTE.

Surprisingly, the camera also does not quite bad. The LG U Plus stuns in white color. Such that when you look on the smartphone you see a simple device but yet a classy feel.

The U Plus is powered by an MTK chipset  which is mostly unlike LG. Because, going back to previous releases, it has always being all about the Snap chipset.

Making reference to the like of LG X, LG Q8 and LG V30 . This can interpreted as LG trying to cut on design cost.

Therefore, if you are on a small budget, or just a lover of small tiny android smartphones that run Lite Android apps, you can give this one a shot.