Previously the title of this post was: “How to Track TSTV Premium Channels for Free on FTA Decoders” but, now changed to, How to Track New TSTV Channels and New FTA Frequencies released!. So now TSTV have upgraded their position to a newer one, that is on the NIGCOMSAT satellite side. Thus rendering the previous information on this post obsolete. In this new post, I would strike out the obsolete part and update you guys with the new information and tracking frequencies.

If you already know what TSTV is, don’t waste time to read the remaining subsequent lines. Simply scroll down to the bottom of the page to get the updated frequencies you can use for tracking or visit this page, NIGCOMSAT, to nail NIGCOMSAT channels alongside TSTV channels too, since, they are now at same position.

If you already have NIGCOMSAT channels already on your decoder, simply blindscan your decoder to nail new TSTV channels that now resides their Ok!.

TSTV, is no new news for any one following up with the FTA and Pay TV satellite stuffs in Nigeria. Since, the announcement of TSTV Nigeria, the likes of popular pay tv’s like, DSTV  and co. have been perturbed as TSTV have come to rival all what they’have got, providing premium channels for lesser price.

In this article, we would present to you, step by step of how you can quickly track and begin enjoying TSTV channels for free.

Now, TSTV is now on air and the good news is that, you can track and get the CHANNELS EVEN IN YOUR NORMAL FTA DECODERS, like the likes of STRONG, QSAT, HDbox, and all other TV box from China.

Many folks are already enjoying TSTV channels on FTA receivers for free. For now you can follow the procedures on tracking that will given in this post to enjoy the pay TV channels, eventually the channels will become encrypted, but, for now you can watch them for free using FTA decoders. 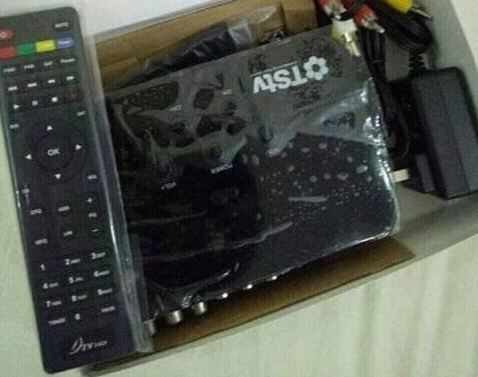 TSTV are yet to get their decoders fully into circulation, when they do they will encrypt the channels, and one have to revert to paying and possibly obtaining their decoders.

But, before, TSTV fully get everything right with setting up and testing their services within the country, all we can do, for now, is to do what we know best how to do; ENJOY EM’ THE CHANNELS FOR FREE. 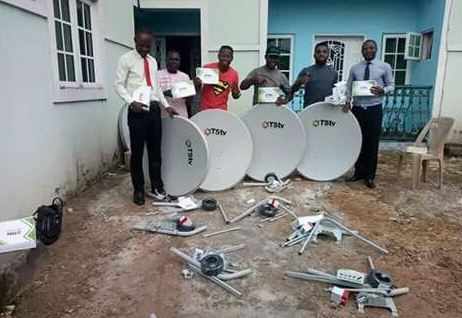 Well, before the channels go encrypt, may take up to a month or two. TSTV currently have 37 channels that you can watch on your FTA decoder, also providing live football channels like, BEIN; whose commentary is in ARABIC.

Have a glimpse at the Channels which are currently for free and running on FTA below: 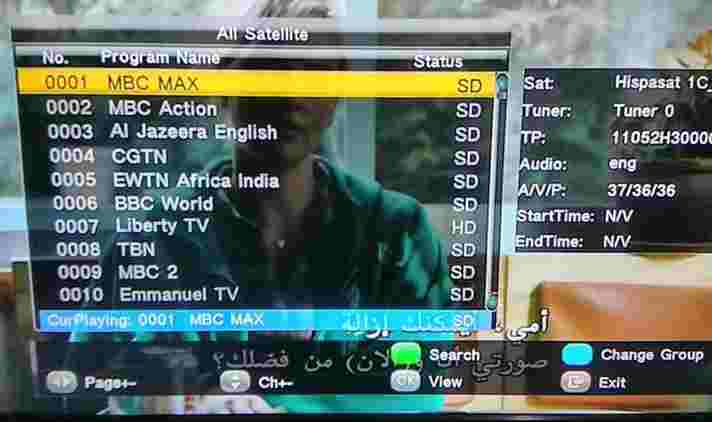 How to TRACK TSTV CHANNELS ON FTA RECEIVER

You have noticed, I have strike out some old post below: TSTV channels are now located in NIGCOMSAT position at 42.5E. To get TSTV channels first nail NIGCOMSAT channels using the tutorial given in this link, NIGCOMSAT, then input these frequencies below or blindscan to get the remaining TSTV channels.

Over the years TSTV have been proven to be unstable in particular satellite position. They have been switching from one satellite to the other. So therefore, bookmark this page in your browser. As this page will be constantly updated with the latest TSTV frequencies and position.

TSTV have been switching from one Satellite to another. So the need to update this post regularly.

The new TSTV Frequency and symbol rate are:

Blindscan your decoder to get the rest.

How to Track New TSTV Position:

Quite straight to the point, firstly, as of the time of writing this post, TSTV is now located at AzerSpace 2. That is Intelsat 38 at 45.0°E near the popular NigComSat 1R position at 42.5°E.

Therefore to track TSTV, simply track NigcomSat then tilt your dish down a little since they are around 2.5 degrees apart.

Also check this page below for all trackable FTA Satellite TV Channels from east to West Africa:

On Bein sports, you can watch various football matches, like champions league, Premiere League, Italian Seria A. TSTV is currently facing a copyright strike: See image below, for proper understanding; I must say: “Sad, Indeed! But, that not withstanding, doesn’t stop you from enjoying other channels for free at the moment. Many people are optimistic they resolve whatever glitches the have with Bein, hope they do so on time. As so many Nigerians have put fate on them, to wipe out the likes of DSTV, from perpetual MONOPOLY in the Pay TV niche. 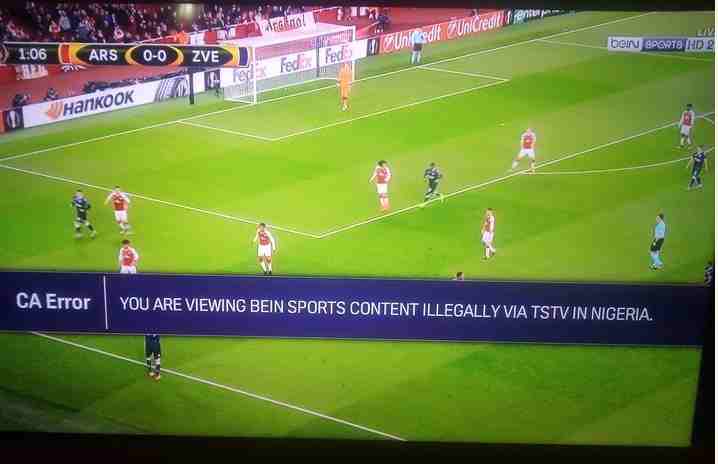 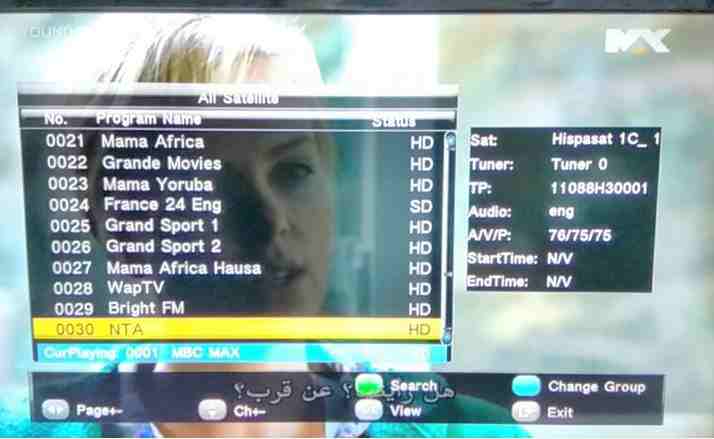 The method of tracking above doesn’t only applies to FTA decoders, but, also on TSTV decoder. However, when you use, FTA decoder like, Strong or Qsat, you may not get all of the channels correct name listings.

Note: POLARIZATION, Horizontal (H) or Vertical(V) depends on your LNB orientation. So you can switch with both at different instant when tracking.

Above are all the frequencies you can use to nail TSTV AFRICA, on your FTA(Strong, QSAT) or TSTV Decoder using at least a 60cm dish and above. Happy tracking! Do leave a feed back of how your tracking went. Enjoy!, TSTV for Free while it last, also pray they resolve, their copyright strike stuff with Bein, sure most people want the monopoly of DSTV to come to an end!. Yes!, an end. Before, that happens, get a dish, a decoder and track TSTV!.

You may also want to check out tracnking another FTA currently located in Nigeria: NIGCOMSAT