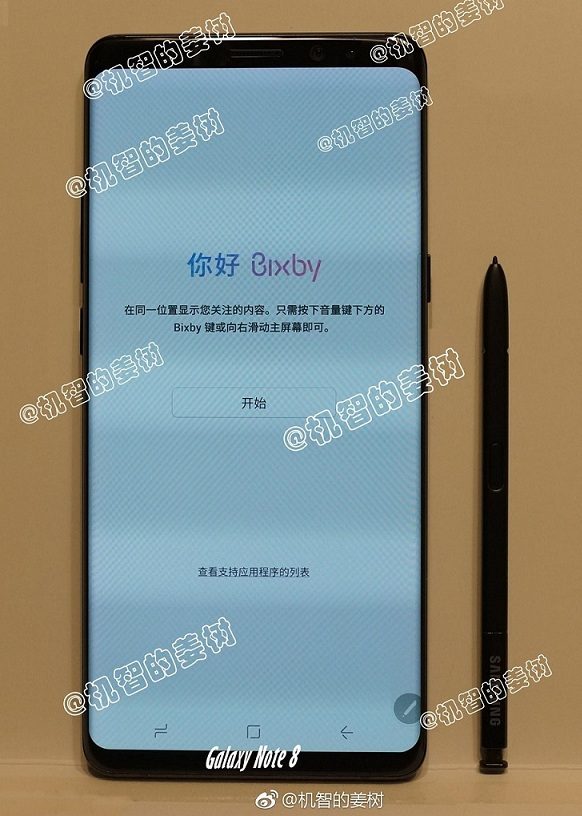 The device seen in the image above, just looks like the S8+. Sports a bezel-less design with the S Pen just at the side.

With the Pen at the side, we all know what this points to, the Note 8, if only the image were to be 100% authentic.

We are still going to have a refurbished Note 7 in 2017, to also unveil just as in the trio with the battery issues fixed!.

What we already Know about the Note 8: The Note 8 with code name “Great” will sport a larger display than the S8+ at least from all info so far. Will also be the first Samsung Smartphone to sport a Dual Rear camera setup.

The Galaxy Note 8 is indeed one of the most popular releases by Samsung. And one such device that Samsung has had an incredible success with.

The Samsung Galaxy Note 8 is by far one of the top and best smartphones of the year going head to head with the likes of Oneplus, Xiaomi, Oppo, iPhone 7 and Vivo.

The innovation by all of these companies listed have been very great. First we have seen the curvy screen and no bezel trend and now we are heading to the no notch and then no selfie camera.

Secondly we have also seen the implementation of various beastly chipset like the improved MTK’s and Snapdragon. Samsung also have their Exynos and Huawei Kirin processors. All of these features have made our modern smartphone to be quite an incredible piece to hold on to in this technologically advancing era.

Lastly, all OEM, except the likes of never settling ONEPLUS, release both low end, budget, mid-range and premium devices.

As said before, except Oneplus who only go straight up to release only Premium premium and premium phones.