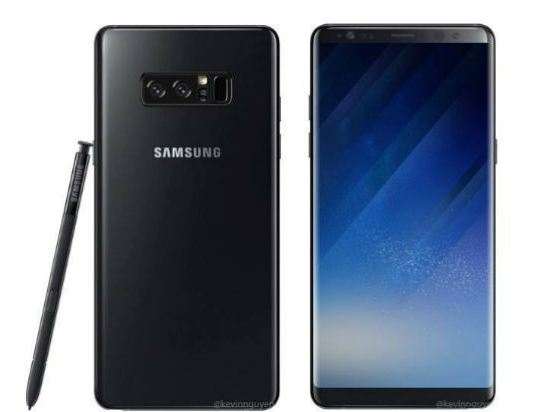 Samsung Galaxy Note 8.0 is expected to be a wide smartphone, that comes also with a Stylo pen. Before, the announcement of the Note 8, Samsung Galaxy S8 was the subject of much discussions. Ahead of Note 8 eventual unveil, the Smartphone has been spotted in the American Communition Commissions, that is the FCC website, with the device being certified. Images spotted on FCC points to a device which will sport massive design build.

Samsung Galaxy Note 8.0 according to reports from notable online sources, says the smartphone will go by the code name, “Great”, evident from the design build itself. Pre-orders of the Note 8 will commence at US, then to the European market and down to Asia.

Samsung Galaxy Note 8.0 is expected to sport a 6.3 inches Quad HD curved type display. The chipset is the Snapdragon 835 SoC. Other variants of the smartphone will come instead, with the traditional Exynos 8895 chipset, depending on the region.  The RAM memory is 4GB in either chipset versions. As for the based storage, a 64GB ROM with inclusion of memory cad slot for expansion for additional storage.

Samsung Galaxy Note 8.0 will come with S-Pen as expected. Dual rear camera dispay and 3300mAh capacity battery. Note 8 colour options will include, Gold, Black, Gold colours as well as others.

Unofficial Specification of Galaxy Note 8.0 below