AMD, the CPU and GPU makers have made official the unveil of the much over talked high end Vega Graphics Processors Series. This move will make AMD to continue remaining relevant in the gaming industry. Below is pretty much everything which comes with the new series of GPU,  AMD Radeon Vega 64, Radeon RX Vega 64 Limited Edition and the 56 Edition.

The RX Vega 64 comes with a black plastic design. While the Limited Edition sports a brushed aluminium shell design. The limited edition will be offered to people who seek for it first, as for the production units no info on that yet from AMD. On a safe side, is cool you opt for it before it runs out.

Starting with the Radeon RX Vega 64 which is coupled with a 64 units of computing hardware with 4096 processor embedded. It has 8GB of advanced HBM2 memory with 484GBps of bandwidth. This GPU goes at a price tag of around $499, about 200000 Naira in Nigeria.  The GPU runs at 1247MHz base clock and comes with boost clock 1546MHz feature. As for the Tflop rating, AMD Radeon RX Vega 64 stuns with a 12.66 TFLOPS of pure GPU performance.

Next in line, is the AMD Radeon RX Vega 64 Liquid Cooled Edition, this one impresses also with 64 units of computing hardware with 4096 streams of processing units. The memory coupled to the onboard unit is 8GB with the HBM2 included. The bandwidth is at 484GBps. What distinguishes this from the former, is the liquid cooling system incorporated inside of it. The base clock will also see performance improvement from AMD to around 1406MHz with clock boost of 1677MHz. As for the performance in TFLOPS, AMD Radeon RX Vega 64 Liquid Cooled Edition gives a 13.7 TFLOPS. All the spec pack that comes with this unit all for around $698. That is about, 300000 Naira.

AMD Radeon RX Vega 56 comes at a lesser price tag of around $399 with a drop in specs compared to the other two, as expected from the price. The GPU comes with 56 computing units. And 3584 steams of processing units. The memory is 8GB with HBM2 RAM. The bandwidth is at 410GBps and runs at 1156MHz base clock with capability of being boosted to 1471. The GPU is rated at 10.5 TLOPS.

The trio GPU cards all comes with the DIP switch feature at the back which is more like the one found in the Radeon Pro Frontier Edition. You can change the LED colour to the type you like. All the GPU cards comes with 1.4 display ports and also full HDMI 2.0 port. The limited edition of the cards, RX Vega 64 Limited run at higher clock speed compared to the remaining. 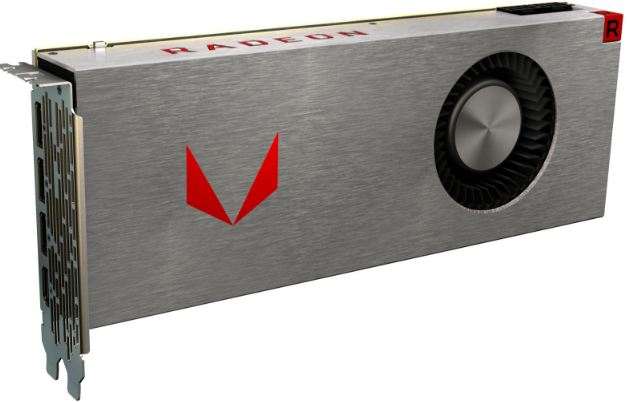 As for the power used on the the three graphics cards, the three cards all have to be powered by a 8 pin power connectors. The total board power required to drive the first, Radeon RX Vega 56 is rated at 210W. The air cooled version, that is the RX Vega 64 require up to 290W while the liquid cooled RX Vega 64 require 350W.

AMD Vega Series from AMD benchmark are expected to battle the Nvidia GeForce GTX 1080 graphics cards in terms of performance. As for gamers seeking to play on Ultra HD on wide screen resolution of around 3440 pixels by 1440pixels, AMD Radeon RX Vega 64 can deliver up to 53 -76 frames per seconds. This results is achieved based on the HBM2 memory included and the utilization of the high bandwidth cache controller.