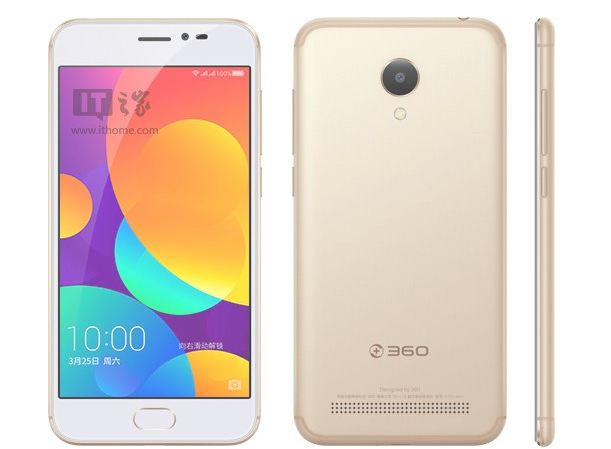 360 F5 Specs Clears TENAA with 2GB RAM 16GB ROM Nigeria China USA UK.
360 mobiles just came with another entry device, the 360 F5; after their flagship of 360 N5 sporting 6GB RAM. 360 F5 is budget device from the Chinese company which has gone through the TENAA certification.

The listing shows a device with 2GB of RAM  and 1.3GHz Quad Core Processor.

No info yet on pricing or availability, but, below are other specs detail.360 F5 has 16GB of inbuilt storage expandable via microSD card.

The rear camera is 8MP while the front camera is 5MP. Sports 2000mAh capacity battery with front mounted fingerprint sensor on the Home Button.

The smartphone is 5 inch in size with HD IPS display. The display feature a 2.5D curved glass design.

We could easily infer that the 360 F5 is a small budget smarphone.

The is going by the design aesthetics. It is small. Just 5 inches in dimension.

Very good to be held in the hands. Simple design with an impressive screen.

The good thing about the smartphone is that when you are looking at performing just pretty much basic every day task.

It is a sure bet to opt for especially when you on low budget. Since, we around 100USD you could nail the device to your self.

The 2GB RAM and processing power is still relevant. Since, lite android apps on the Play Store still exists.

This apps will run quite smoothly on this device. And would provide just the basic utility as what you would expect of the normal apps too.

Infact, they even consume less of the battery since they are designed with optimization in mind.

The 16GB storage also isn’t bad either. Since a provision has also been made for an expandable storage slot via microSD card.

Though, the set back of the device is the 2000mAh capacity battery. For some users, it may be a no no no.

But, again with the right optimization of apps, should do more than a day’s job.