White Moto G4 Plus 3GB+32GB Price Specs in India.
White Moto G4 Plus sporting 3GB of RAM and 32GB of inbuilt storage is now listed in Flipkart.in for a price tag of INR13990. That is a discount of about INR1999 of its original price. This is a rare opportunity for Moto fans looking for an affordable price tag.

Moto G4 Plus falls in the midrange category, the smartphone sports an impressive camera setup alongside the Qualcomm Snapdragon 617 chipset. It is 5.5 inch in size with FHD display. 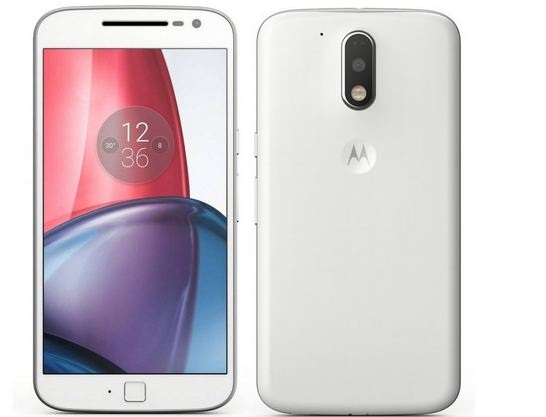 The rear camera is 16MP while the front selfie shooter is 5MP. The smartphone is powered by a 3000mAh capacity battery. Moto G4 is available in three storage variants, more info on the pricing of the 32GB variant on Flipkart.

Though the Mote G4 Plus is a small portable smartphone but again it packs quite an impressive specification for it’s price tag.

The Moto G4 Plus is such kind of smartphone that you can simply hold so conveniently in your hands without feeling like you holding a tiresome something.

Since it isn’t gigantic, it is sleek and fits well into the hands. The rear camera of the smartphone also is pretty impressive. Quite a decent camera for the price tag.

What even makes the Moto G4 Plus stand out is it’s impressive speed performance and shinning finish.

The smartphone has we know possess a Snapdragon 617 chipset which is pretty impressive, though one would expect the company to had routed for the MTK option to minimize price.

But that’s not the case. The result a small tiny smartphone with impressive performance.

The RAM also is a plus. 3GB RAM just so good for multi-tasking and the screen an impressive 1080 to 1920. What else would one want from a small handy piece.