Samsung Galaxy Note 8: All the Fuss

For many Samsung fans, Galaxy Note 8 has been an awaiting phone since their disappoint with Samsung Galaxy note 7. A few weeks away from the official launch of the much-awaited Galaxy Note 8. Just like any other smartphone these days, this device has also been subjected to a lot of leaks and rumours. Since we’re this close to its launch, the final press images of the phone have started to surface. 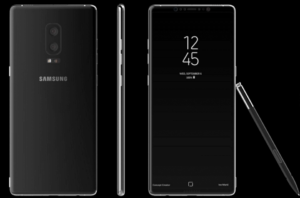 KGI securities analyst Ming-Chi Kuo is out with some details about anticipated Samsung Galaxy Note 8 now. As per Kuo’s research note, the upcoming Galaxy Note 8 will see “the most important upgrade” from Samsung, which is the rear dual-camera setup.

Kuo claims that “Note 8’s dual-camera will be much better than that of iPhone 7 Plus, and likely match that of OLED iPhone.” Also, not just that it will include 3x optical zoom, he added.

Posting on VentureBeat, leaker Evan Blass (aka @evleaks) states that Samsung is currently informing partners that the model will be “its most expensive cell phone yet” and retail for €999 (over $1,100).

Blass claims says the pricing comes via “an individual briefed on the company’s plans” and his long (and highly accurate) track record means we should take this information seriously. The flipside to this huge price tag is Galaxy Note 8 owners look set to get a lot for their money.

Other Highlights include 6.3-inch 18.5:9 aspect ratio Infinity Display, top-of-the-range and Qualcomm Snapdragon 835 (US) chipsets, with an increase 6GB of RAM and dual rear camera. There will also be the range’s customary S Pen stylus.

It is not yet clear whether Samsung Note 8 can integrate a fingerprint sensor into the display just like the apple iPhone 8 romour. There are also concerns it might receive a reduced battery capacity (3300 mAh) as Samsung plays it safe following the Galaxy Note 7 disaster. 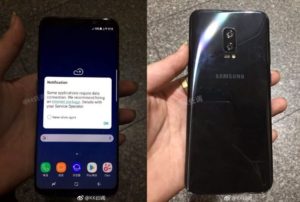 The alleged live images showing dual rear camera setup had a very different arrangement of LED flash and heart rate sensor at the back, which seems a thought of this device being the Note 8 and not S8+. It also didn’t have the fingerprint sensor anywhere, and hence it goes well with the leaks which suggested that Samsung Galaxy Note 8 will have an on-screen fingerprint scanner as I have mentioned before’.

While there is official information as to when the Galaxy Note 8 will launch, but tech industry sources suggest that it could be just before Apple’s iPhone 8.

The summary of this leak is that Samsung Note 8 will have: