After making fans wait a long time, Nokia announced three Android handsets at Mobile World Congress 2017, marking the company’s return to smartphones. It also announced the new Nokia 3310, a retro play that appears to be more of a marketing stunt than anything else.Nokia has finally done a “welcome came Back”. The smartphone giant, this time brings the Nokia 3, Nokia 5, and Nokia 6 to the market to mark their return in the phone market. This Nokia 6 is a mid-range device, not the flagship as expected by Many people, It comes with 4GB of RAM and an Octa-core 1.4GHz Qualcomm Snapdragon 430 processor. Because it is not a premium device, the next Nokia phones to be launched are expected to be some flagship.

Prior to the launch of the Nokia 6, Nokia 5 and Nokia 3, there were plenty of rumors of a high-end device, a device that’s now being called the Nokia 8. Many tech sites have been keeping track of all the details of Nokia’s new flagship Android smartphone, which is expected to launch on 16 August.

Nokia officially posted on their Facebook page about a new Android handset announcement. This new device is said to be the Nokia 8. This phone has just leaked online under the codename of Nokia Supreme. Design-wise, the phone won’t follow the trend nowadays- curved display. It will be the flat design. In terms of Nokia 8 specs, the phone will be powered by the latest SND 835 chipset. 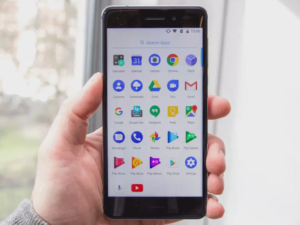 Nokia has not officially disclosed the names of their new device, they rather prefer on keeping its device names quiet. Rumors originally focused first on the D1C and the P1, with the thinking that the D1C will become the Nokia 6. The Nokia 5 and Nokia 3 didn’t feature in rumors, this could be because lower tier phones are often ignored, while flagship phones are often over inflated by expectation.

The name so called “Nokia 8” first came from a leak claiming to be the forthcoming handset, but it was, however, firmly rebuked by Qualcomm, saying it was just a Snapdragon prototype. But the Nokia 8 name has stuck. Nokia Power User then obtained information from an unnamed source, which referred to the new flagship as the Nokia 9, while another Nokia Power User post said the Nokia 8 will in-fact be a premium, mid-range device instead. 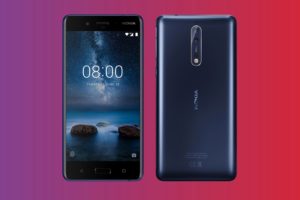 In terms of design, it’s said that the Nokia flagship phone will offer a premium metal design. In terms of details, apart from metal, there’s been talk of IP68 water and dust protection in the Nokia 8 flagship device as the rumour suggests.

All the Nokia Android phones so far have started life as a block of 6000 series aluminum, so we’d expect a flagship to be exactly the same to maintain the same story about quality that HMD Global – the company making the new Nokia phones – has been telling.

There’s also a rumour that the Nokia flagship will come in two sizes with similar specs, taking a similar approach to Apple, Huawei and Samsung, which has to lead to the Nokia 8 and Nokia 9 naming confusion, but that speculation seems to be less well founded, with recent leaks focusing on the one device.

The clearest image showing the design comes from Evan Blass, aka@evleaks, sharing the device on Twitter and VentureBeat, along with a video. We’re looking at a design which is close to the Nokia 6 and not too far removed from many of the Nokia Windows Phones – rounded corners, flat back and a general simplicity to the design.

Following the leak from Blass, what appears to be a prototype Nokia 8 device appeared on Baidu (also in the gallery above) leaving little to the imagination when it comes to the final design of Nokia’s flagship Android phone. Whether that shiny gold colour will make it to the final production device, we can’t be sure.

There’s a possibility that the Nokia 8 with the below hardware feature:

The new Nokia 8 One will run pure Android Nougat, with Google Assistant. Nokia has fully keen to this point and Google was keen to say how happy they were that Nokia was doing this.

There have been plenty of dates suggested for the launch, but there are now reports that an event has been scheduled for 16 August 2017, in London.

Invites are being sent out to international media, suggesting that there’s going to be something big happening. The scheduling seems to make sense: the first three phones were launched at MWC 2017, but the next big event – IFA 2017 – is likely to be dominated by the Samsung Galaxy Note 8, the LG V30 and Nokia 8.

It looks like we’ll be seeing this Nokia flagship on 16 August.