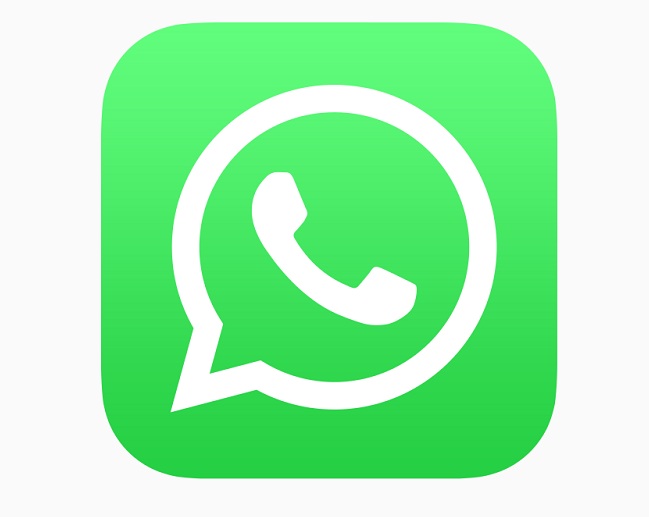 Read Messages on Whatsapp without the Sender Knowing.

WhatsApp over the years has been one of the most innovative and viral social media chat app we have seen. Prior to its sale to Facebook, the social media application has been able to win many users to its platform and it has continued to remain relevant even over years.

These relevancy and the ability to have gained a large fan base was due to interesting features that the application has continued to churn out over the years and new feel to the app that makes it one of the best, if not the best messenger application, a notable mention is the Facebook Messenger.

Surprisingly, both FB Messenger and WhatsApp are now owned by Facebook.

As some users just want to make call, either audio or video call to their loved ones. Some users have found the platform to be particularly useful and cost effective as it helps to bypass the expenses that might have been made subscribing for network call tariff.

Read also:  How to Send unsupported File Formats to friends on Whatsapp

In this post, you would learn about one of several features and settings you can implement on WhatsApp.

One such feature, is the read notification feature. Thus explained below:

A feature on Whatsapp lets you read messages while friends think the messages hasn’t been read. By default on Whatsapp messenger; When friends text you, a Whatsapp notification icon appears on your device. When the icon is clicked, friends know you have read the messsage. Mostly through the confirmatory delivery icon.

You may want this feature turned on for one or two, or more reasons, Whatever!. Here’s how to go about it:

1. On your Whatsapp application go to Settings. 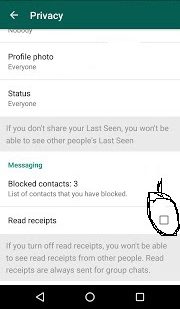