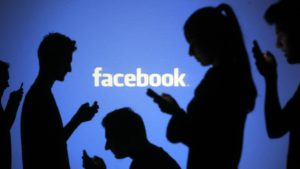 Hi, everyone in this post I will show everyone reading this blog post now. 10 really cool Facebook Messenger features.  You never knew had existed. Facebook has come a long way since 2004 and after that, they have been adding lots of features to the Social Platform on timely basis. This is evident from the user interface of the old Facebook and new one. This time around, you can do a lot more on the platform than just connecting with friends.

Facebook by early 2006 launched the messenger Platform as a great way to keep in touch with your friends and family. The services work on desktop computers, iOS, Android, and even feature phones running on their own native operating system. Therefore, making it a universal way for people to keep in touch regardless of what kind of computer (or phone) they’re using.  In addition, even the location barrier doesn’t limit connectivity on Facebook provided you have internet where ever you are located in the world.

Furthermore, Facebook Messenger was also designed. It was to allow developers build interactive chatbots. Which allows communication between over 900 million monthly Facebook Messenger users. This bots are also able to control activities on behalf of any Facebook Page (brand, business or cause).

Thus, the idea was to build just one bot. Thereby, replicating the experience on all of the platforms where Messenger exists. This includes, iOS, Android, and the Web. While most people probably know and use the basics. That is, sending and receiving messages with Facebook. Facebook Messenger has a number of cool hidden features which many users don’t even explore. And never knew were available on the platform. Some users refer to them as ‘hidden messages on Facebook’. But, in reality, many of them involve more than just a simple message. These features range from secret chats to hidden games.

1. Use Messenger on PC in its Own Window:

To enjoy Facebook Messenger on PC. It requires you going to the url: messenger.com in your browser. Now you will be presented with the messenger interface where you will login in your credentials. If you have already login in the same browser initially.  You only need to continue as your name will appear on the page. However, the PC messenger doesn’t have all the same functionality as the mobile App version. But, most important of the basics functionalities you need are already there.  Plus, the ability to chat with friends without distractions.

Read also:  How to unblock someone on Instagram in Seconds

If you are into business (sale product) or render service then you can leverage the Facebook Chat Bot. If you are new to chatbot and haven’t interacted with a chatbot before, there is no much difference from chatting with a friend. You can use a chatbot from within Messenger, but instead of a person, it’s a computer program running artificial intelligence to compose its messages to you and reply your question. 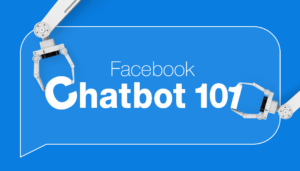 You can get started by visiting botlist.co to see a huge number of chatbot lists that you can incorporate into your business. Selecting the chatbot that suits your audience is the best way to start.

In life, there are certain conversations that require some form secrecy. Whatsapp  chatting messenger, has introduced end to end message encryption to protect user sensitive messenges from any third party prying eyes. 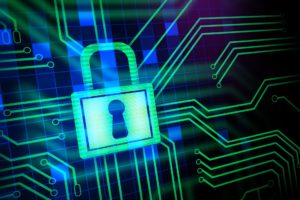 However, since sometimes a conversation with a friend may be private due to the sensitivity of the information; the social network rolled out a way to encrypt conversations on the platform. Now, your sensitive conversations can be encrypted from end-to-end, and can only be read by you and your recipient. Not even Facebook will be able to access what they entail.

If you need to make your conversation private on facebook messenger, you can simply activate it. This can be done by composing a new message using the iOS or Android app.

At the top right of the page you’ll see a “Secret” option on iOS or a lock icon on Android. A timer box will then appear that allows you to set a time limit on viewing the messages, should you want to do so. Let’s say, you could make a photo self-destruct after just 10 seconds after viewing by the recipient.

Sending media files over a chat platform is not new or a secret. Because, so many chat platforms already available, allow users to send pictures, videos and other media files. Sending files using Facebook messenger is therefore not surprising feat. For example, if you want to send an attachment via email, simply attach files to Facebook Messenger message and send them to friends. This can be done both through Facebook Messenger web or through Facebook’s website dedicated Messenger app. 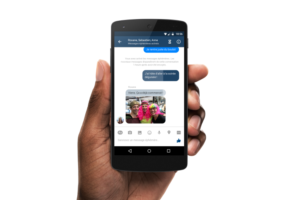 However, you can’t send files that are above 25MB in size. This is pretty much the rules to most messaging apps, except the user, would instead, go with the use of Google drive.

Facebook Messenger is not an exception when it comes to placing international calls. You can make international calls just as you can do on Whatsapps, Telegram, Viber and even Imo. Regardless of where your family or friends reside, you can use Facebook to make video or audio calls to anyone on your friend’s list for free. 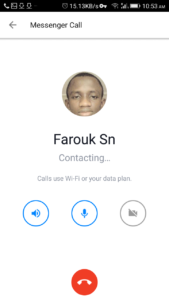 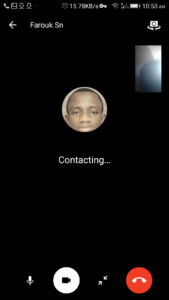 However, it is important to Keep in mind, this will use data rather than cell minutes, so you’ll likely want to be connected to Wi-Fi before you dial to avoid much data consumption.

With Facebook Messenger, you can change the color of each conversation for all of your friends in your list. That you can set your kids color to be purple, your mum red and your best friend grey is awesome feat. It seems simple, but if you routinely talk to several people at once using Messenger it can be a great way to keep things organized and make sure you’re sending the right emoji to the right person to avoid embarrassment. 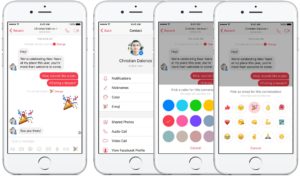 To change the color of your conversation, click on gear icon at the top of the chat window. Scroll down to “Change Color” . And then, select the color you would like the text in your conversations to show up as going forward. The color change will be visible to both you and the person on the other end of the chat.

One cool thing I like about Facebook Messenger, is that, the size of emojis are adjustable. In fact, there are actually a few different sizes of all of Facebook’s emojis available. You can supersize your emoji, just press and hold it. The emoji will gradually grow on the screen. Let go to have it stay at that size and be sent to your friend. 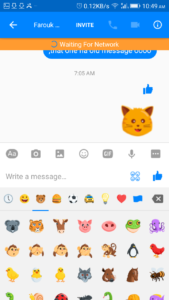 If you have the volume turned up on your phone or computer, then Facebook will play a sound effect along with the growing emoji, similar to a balloon being filled with air. Just like a balloon, if you try to blow it up too big, the emoji will burst and you’ll need to try. This is pretty cool feature.

Read also:  How to Search for Old Facebook Posts Shared on your Wall

Stickers are new fun ways to make chat more funny and enjoyable. Many chat platforms come with stickers by default. Therefore, Facebook Messenger didn’t become an exception. However, default stickers, are usually limited.  And many users, would usually want to explore more of the stickers. 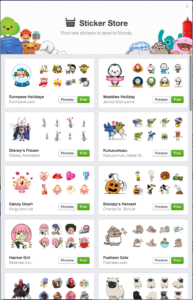 Facebook Messenger allows its user to download stickers. In addition to the default ones already available.  To access the options, click the sticker emoji (the smiling face at the bottom of your chat window) and then press the plus button at the top right of the window. From there you’ll be able to see all the sticker packs available and select the ones you’d like to use.

One key feature that allows Facebook Messenger to standout is that apart from the regular chat function. You can also play games. What this means, is that, you can start playing a game with a friend right in the middle of a conversation with that friend, without ever having to leave the Messenger chat. 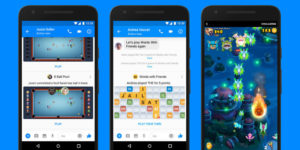 To play a game, click on the game controller icon at the bottom of your chat window to see what games are available. Find games you like, such as Pac-Man, and play the game right there. No need to download anything or leave Messenger. After you’re done, your friend will receive a challenge from you within Messenger to beat your score. The games are free to play, and there are a ton of options already, with more likely to be added in the future.

Lastly, you can get more apps installed within the Facebook Messenger app itself. You can select from thousands of apps available such as Dropbox, Tenor GIf keyboard, Giph etc. 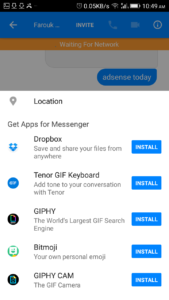 To download and install, just click on the more icon on the chat after the microphone icon to see all the apps available. You can simply press the install button to install the one that you need.