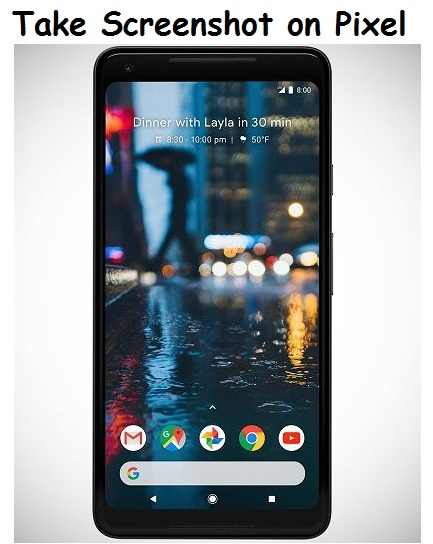 This post is all about: How to take Screenshot on Pixel 2 / Pixel 2 XL.

Below is the procedures you will use in taking screenshots or screengrab in Google Pixel 2 / XL. Google Pixel 2 and XL are both 2017 additions to the Pixel series released by Google.

Running on Android Oreo operating System. So if you are now using the Pixel 2 or Pixel 2 XL, you can easily take scree shot of your device screen state.

In the post below, I’ll share with you 3 different methods you can easily use to take screenshots on your Google Pixel 2 or Pixel 2 XL device.

The first method is by using the Hardware combination keys, which I know you are already very much familiar with.

And the rest of the method are also fun in implementing. OK!, lets start:

To take screenshots on Google Pixel 2, is quite easy and straight to the point:

NB: Using the manual process by hand to take Screen shots on Pixel 2 /XL is quite straight to the point, but, requires using both hands.

Again, if not done simultaneously, you may not get the screen shot in just one trial. Thus, using other easy convenient methods becomes a good option.

Since, there are other cool ways of taking screen shots on Google Pixel 2/ XL rather than using the Hardware key option above, which usually results in missed screen shots.

There are other ways to go about it. And that is by using smart gestures apps. One of such apps in Google Playstore, is the Screenshot Easy app.

Is an easy and convenient way to take screen shots on Google Pixel devices in no time. 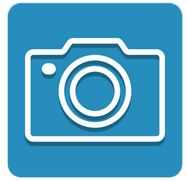 Another such app, that does same thing as the latter is, Screenshot Touch. Screenshot also, lets Pixel users to grab everything on their smartphone screen easily.

You can, in addition, record screen grabs in mp4 formats. You can do scrolling capture and other fun stuff using Screenshot Touch.

Install Screenshot Touch app to your android device via the Playstore Link give below:

The last method and also by far one of the more lazy-fun method to take screen shots on Google Pixel 2 or Pixel 2 XL, is by using the built in Google Assistant that comes pre-installed as gapps package, in most android operating system. 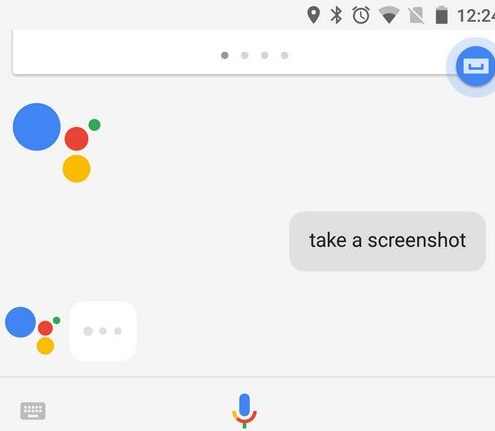 When you tell Google Assistant to take a screen shot by using voice as in: “Ok, Google! Take a Screenshot”,  it will reciprocate the voice command by taking a screen shot of your current screen.

You can share the screen shots with your friends on Social Networks or Edit it.

But, the down side is that, you can’t have your screen capture in side of your phone Gallery.  You can only share it, to your friends on Social Network after which it gets lost.