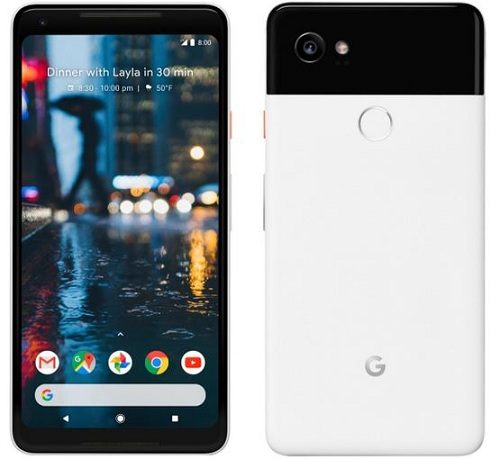 Both the Pixel 2 and Pixel XL stuns with similar spec pack. No differences whatsoever. The only difference is in terms of design aesthetics, but, not for specs. As for specs, the Pixel 2’s, both, come with a Snapdragon 835 chipset. Manufactured from a thin process that ensures much efficiency with less power zap. The RAM for both devices is 4GB. As for the built in storage, both, come with 64GB or 128GB options depending on the slated price tag.

Dissimilar features for both devices are in terms of Screen Resolution, Size and Battery pack. Pixel 2 comes with a 2700mAh capacity bank. While Pixel 2 XL has 3200mAh battery. Both with fast charging feature. Both devices also has USB Type C ports.

Google Pixel 2/XL does not only feature edge type sides, but also with ability to being squeezed in order to launch Google Assistant or any customized app. Both smartphones impresses with dual front speakers and OLED display

Google Pixel smartphones that were first released had the best camera in a 2016 rating. These newest releases promises same. We should expect a stunning piece. Google Pixel 2 comes with a single rear 12MP camera setup with 8MP front selfie. The camera in the Pixel 2 has being improved featuring a Dual-Pixel Sensors, OIS(optical image stabilization) for improving videos and pictures, EIS(Electronic Image Stabilization). It also comes in addition, with an advanced phase detection feature.

The Pixel 2 camera has also, addition of portrait mode to both the front 8MP unit and rear 12MP unit as not seen before.

Google Pixel 2 / XL smartphone comes pre-installed with Android Oreo, Android 8.0. The smartphone will receive OTA OS updates for a period of three years. Which is better than the previous releases with OS update support for 2 years. That  is an additional 1 year if compared to the former.

Google Pixel 2 / XL comes with IP67 water and dust resistance. eSIM tech for Project Fi users and always on music identification. Also, the smartphones will be the first ever to come with support for Google Lens.

Pre-orders of Google Pixel 2 has already kicked of in the United States. As for the the 5 inches Google Pixel 2 with 64GB inbuilt storage cost $649. While, the 128GB cost around $750.

Google Pixel 2 XL is also available on Pre-orders already, the 64GB model cost $849. The Pixel 2 XL comes with a bezel-less design and QHD display. To get the 128GB model you will spend additional $100, making it around $950.

Get yourself a Pixel 2 or Pixel 2 XL from the Google Link below: