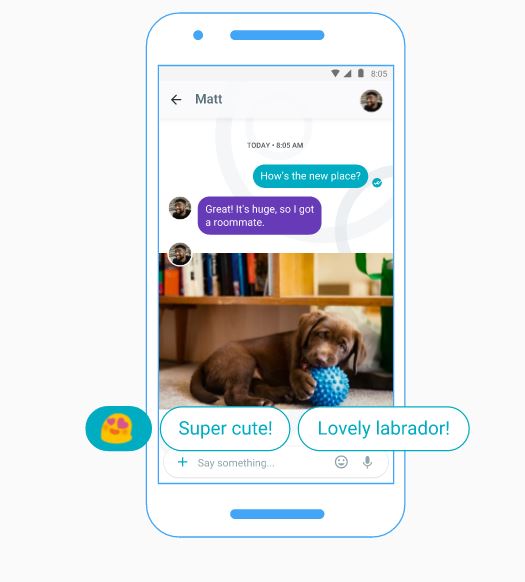 Allo another Whatsapp like Chat app by Google.
Previously Google unveiled the video calling app Duo of recent and now they have decided to step up the game with a simple chat/message app, allo similar to the popular  Whatsapp application by Facebook. Facebook and Google never seem to be out the tech game, from buying of companies to release of apps, innovations, science projects etc which as been back to back hits for the two tech giants this 2016. I think this two tech giants are  black holes on the internet.

Back to allo. Ok Google take over: “Introducing Google Allo, a smart messaging app that helps you say more and do more. Express yourself better with stickers, doodles, and HUGE emojis & text. Allo also brings you the Google Assistant, preview edition”

You have read what Google had to say!, Download allo on your android device here.  iOS users check here or here. Ok let’s check some stats: Google allo was released this week september, 2016. It has already received Installs in the Google Play store of between 50,000 – 100,000 as of September 20, 2016, which makes it like a day to its inception. This numbers will sure go higher as the week runs out. Allo had received quite a number of positive reviews from its users. See image below: 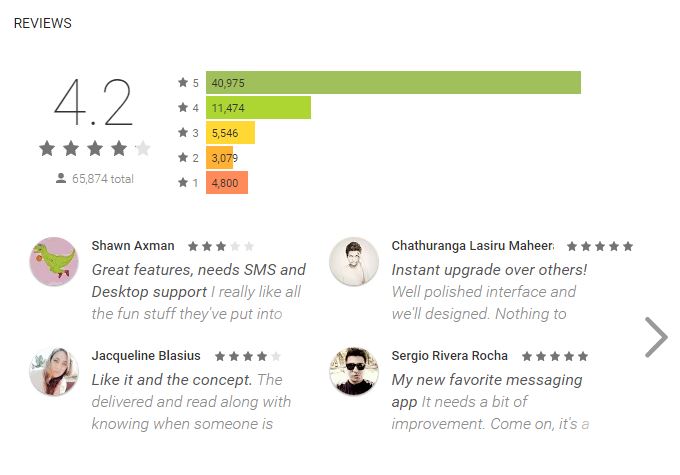 Respond without typing, in your style:

Smart Reply lets you keep the conversation moving with a single tap by suggesting text and emoji responses based on your personality. For example, it learns if you’re more of a “haha” or “lol” person so the more you use Google Allo, the more “you” the suggestions become.”

Shout, or whisper it, to get your point across:

Add more meaning to your words by adjusting the size of your text. When you need more than ALL CAPS to get your point across, simply slide up to shout, and down to whisper.

Turn any photo into a work of art

Get creative with the photos you send by doodling on them or adding text. Draw a smiley face, turn your friends into memes, and mix in some color.

*Feature only available on Android.

Say it all with the perfect sticker:

Stickers in Google Allo are designed by independent artists and studios from around the world. From Drama Llama to Food Party, add some fun to the conversation when words aren’t enough

Help from your Google Assistant without leaving the conversation:

Your Assistant can suggest restaurants nearby or movies to check out, right in your conversation. Find videos to share, get directions, and seek answers together with your friends. Just add @google, and your Assistant is ready to help.

Chat one-on-one with your Google Assistant, whenever you need it:

Get the latest scores from the game. Find out how far you are from the airport, and when your flight leaves. You decide what to share with your Assistant, and the more you use it, the more useful it gets. 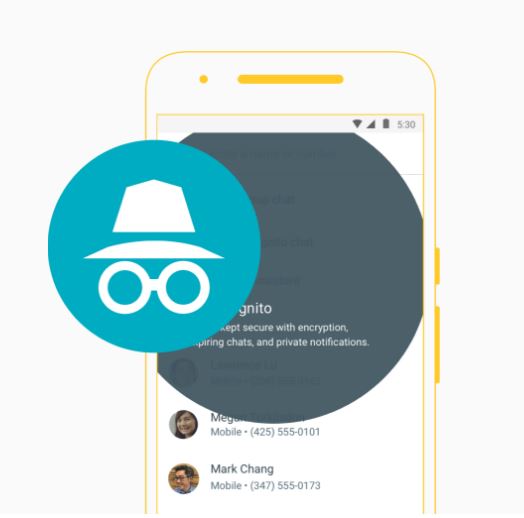 Say it privately in Incognito mode:

Start an incognito chat to send a message with end-to-end encryption. Incognito mode also comes with expiring chats so you can control how long your messages stick around and private notifications to help keep your chats more discreet.

Final Note: Worth noting is this incognito stuff…………..present in allo and absent in Whatsapp for now, this feature is particular useful when at least you want to go private.

Enough of this allo thing let me get mine asap! Use this link to get yours on your android device on the play store or download the .apk file format.  iOS users use the store.