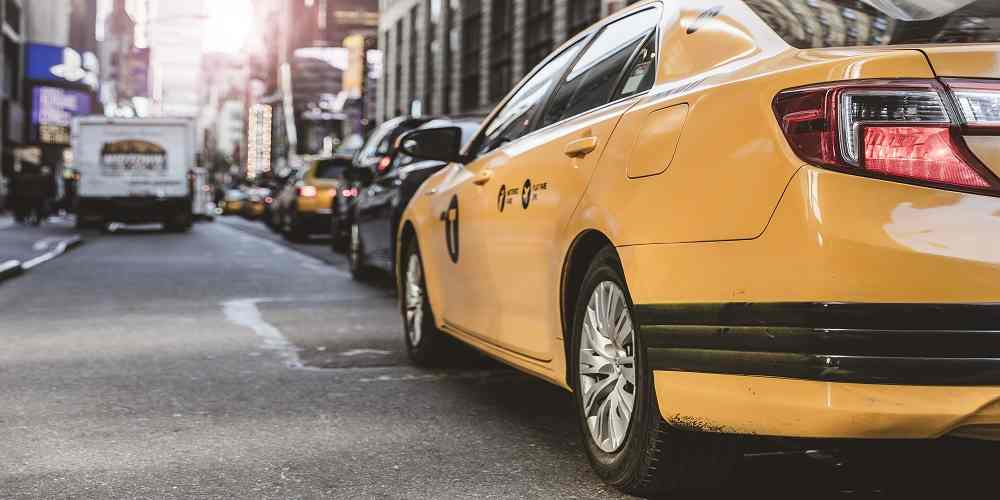 The most popular torrent site, kat.cr the world largest torrent site has had its domain taken down by the US Government over pressure from Hollywood studios. The site alleged owner was arrested.

The 30-year-old Ukranian was arrested in Poland and charged with criminal copyright infringement.  A federal court in Chicago has also ordered the seizure of several kat domain names.

Kickass, with millions unique visitors per day has become exceedingly the most used torrent website of all time, surpassing the Pirate Bay. However, the site has run into significant closure after US authorities announced arrest of the site’s alleged owner.

Artem Vaulin, from Ukraine, was arrested in Poland from where the United States has requested his extradition. In a criminal case filed to the U.S Court in Chicago, the alleged owner was charged with infringement copyright issues. 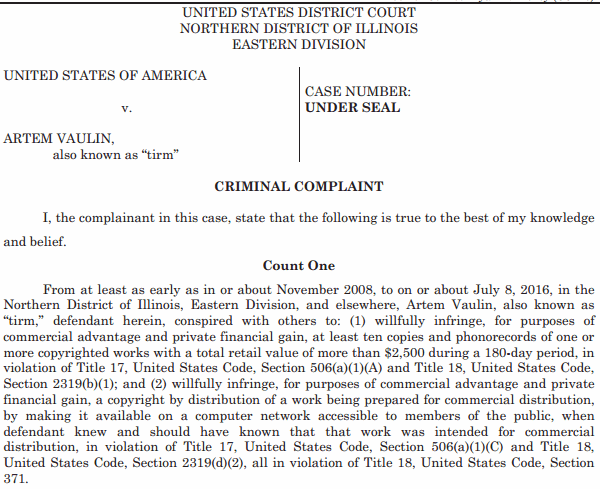 The alarming success of this copy site was enough to get Hollywood disturbed. Because new torrent began to emerge on the new mirror.

“This Notice requires you to immediately (within 24 hours) take effective measures to end and prevent further copyright infringement. All opportunities provided by the Website to download, stream or otherwise get access to the Entertainment Content should be disabled permanently,” MPA’s email reads. 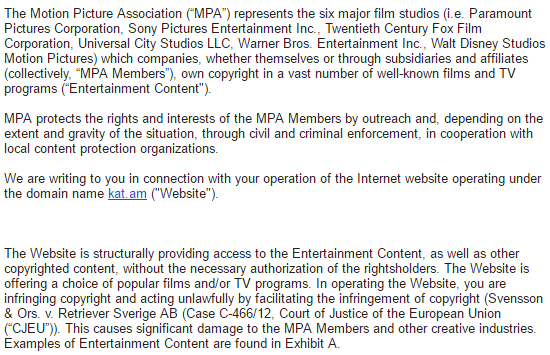 kat.am had  remained offline. However, the mirror had already launched a new domain, kickass.cd from where it continues to run. The owner of kat.am doesn’t have any intention of backing out. However, he noted that the MPA(A) pressure did lead to a suspension of the domain name kat.cr. The MPAA coordinated with the Armenian registry and got the domain deleted, . “We are making continuous attempts to bring it back, utilizing all the legal channels available.” Says the owner of kat.am.