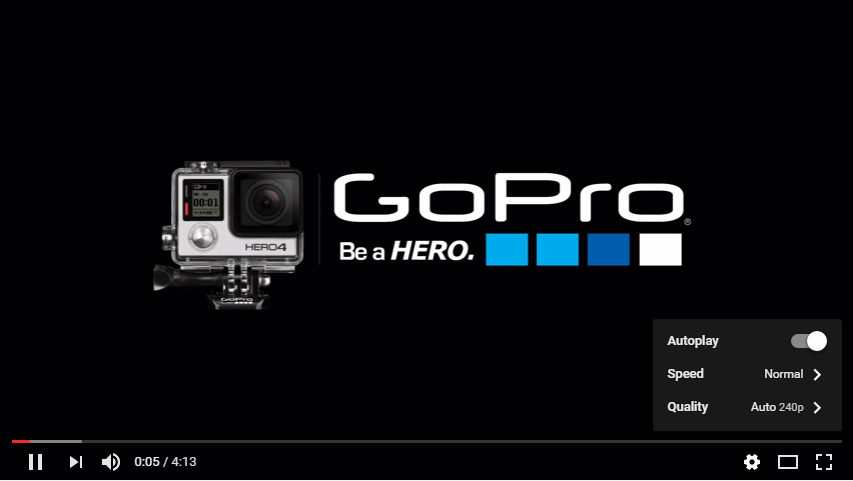 How to Watch 4K Videos on YouTube? YouTube is already on 4K. 4K technology has been around for a while, but, it hasn’t gotten to every nook and cranny yet, but, it has begun to go viral in the smart TV niche. 4K allows you to view videos at higher resolution other wise known as Ultra High Definition (UHD). Traditional formats of 4K for TV viewers is set to around 3842*2160 pixels while for cinemas you can have a wider resolutions above 3842*2160px in 4K. The point to note is that when you see a video tagged with 2160 pixels or 2160 px, just know that it’s a video in 4K.

To be able to fully comprehend and appreciate how 4K looks there are a number of variables involved. The Video has to be 4K, the hardware, cables and other medium involved in the 4K broadcast has to support the technology. The point is, if you have a 4K video and probably viewing the video from a screen that’s not 4K, you may likely not enjoy the full benefits of viewing in 4K.

My first experience with 4k videos was on YouTube, precisely, a GoPro video on YouTube. 4K video has been around on YouTube for some time. You may not have noticed it, because not all videos in YouTube were uploaded in 4K. Therefore, don’t get me wrong, what I meant by YouTube having support for 4K means, there are 4K videos you can see in YouTube repository. Because, YouTube video streaming was upgraded to support 4K videos.

My first video in 4K caught my attention, it was on YouTube. The quality was something amazingly incredible. It was just like complete reality. My internet network was not able to effectively buffer the stream, thereby resulting to involuntary pauses as the video was played. Eventually, I gave up on the 4K video because of poor internet network which was in capable of streaming in 4K, despite its impressive speed. But, once in a while when am not on metered internet network, I just search for a few GoPro 4K videos to see what the fuss was like again.

The number one criterion for streaming a 4K video on YouTube is to have a very fast internet connection. But, not having a fast connection doesn’t still stop you to see what 4K really looks like. You can just buffer the video for a short time to at least get a glimpse of 4K.

On desktop go to youtube.com, search for any 4K video. Type a video name followed by 4K. As in ” Adventure of life in 4K “. Click on the play button to begin streaming the video on YouTube. By default YouTube automatically chooses what pixels to give and serve you video in, all depending on your network capacity. Usually in pixels range of 360px, 480px, 720px, 1080px et cetera.

To view a video in YouTube that is 4K formatted you have to manually set the 4K pixels for the video, by using the settings tab in the YouTube player menu. By default, even if a video is in 4K, YouTube will serve it to you in lower pixels of 360px or 480px considering your internet network. So to view in 4K, check the settings under resolutions to see if you spot a 2160 pixels option. Once you see the 2160px in the settings menu, it means the video can be set to upto 4K resolution. Simply, select the 4K option, 2160 pixels and wait for the video while it buffers to see what the fuss is like. At this stage, it all depends on your internet network speed. See image below to see how to select the 4K option in YouTube 4K supported videos: 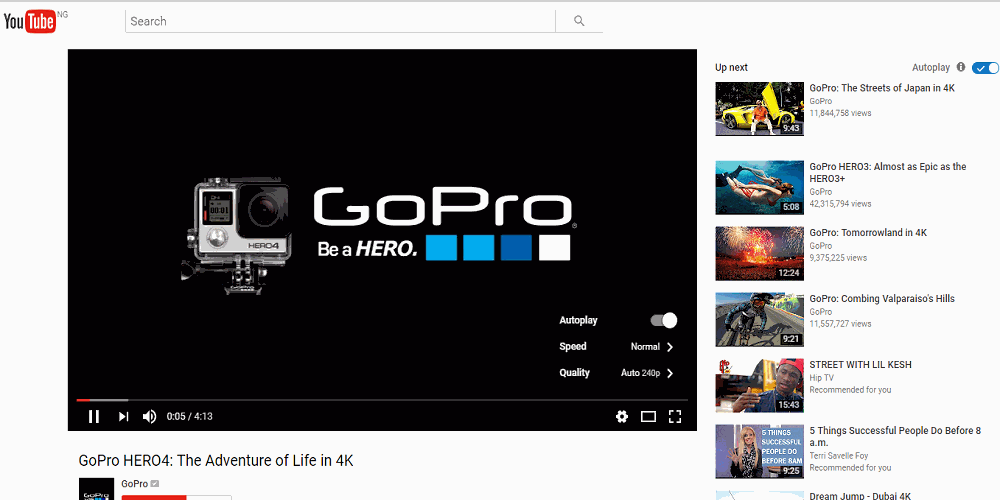 By the right hand corner. Click on the gear icon or settings icon. Select Quality and set it to 4K or 2160px 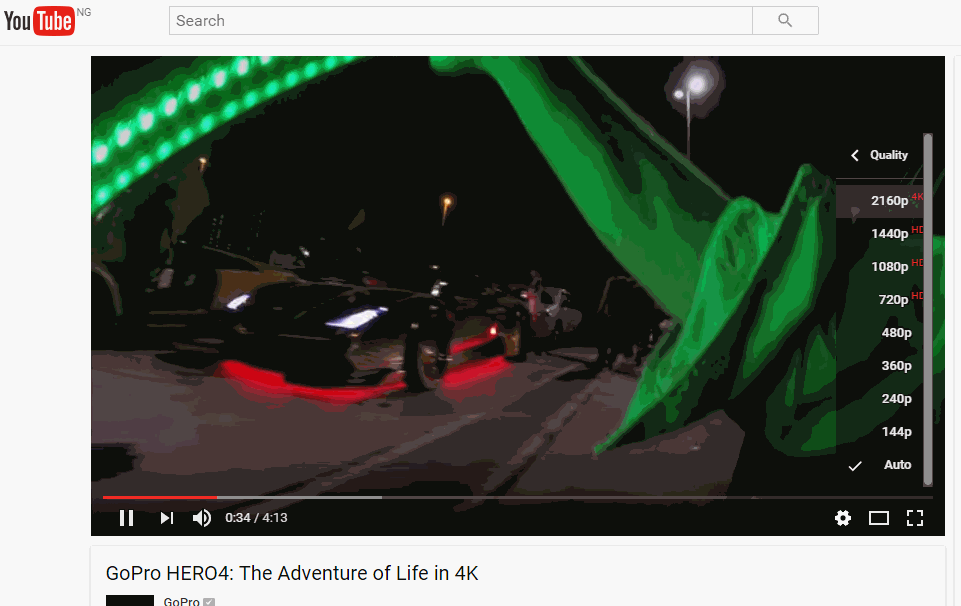 Well am using a Samsung Galaxy i9082 edition with a screen resolution 1080px. Lets see if it can handle 4K. 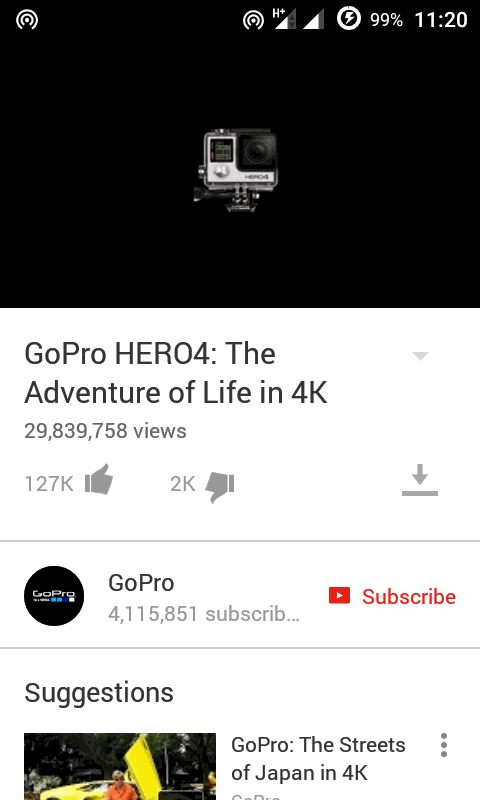 Tap on-screen to find the settings option. Click on it. And select quality. 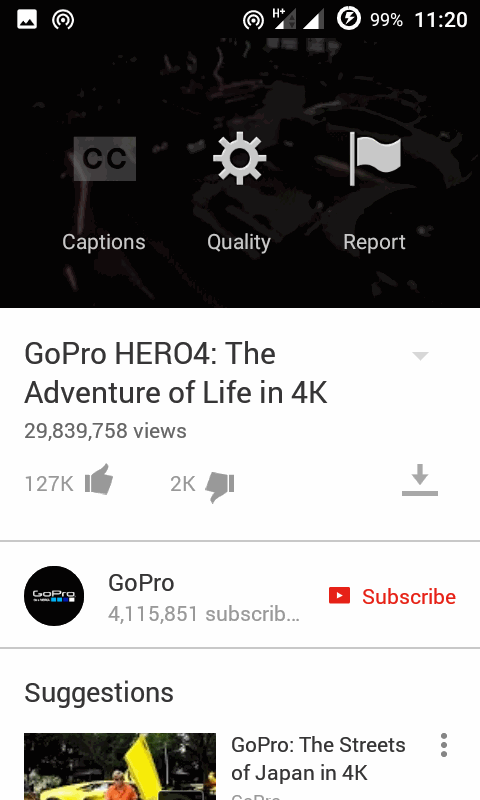 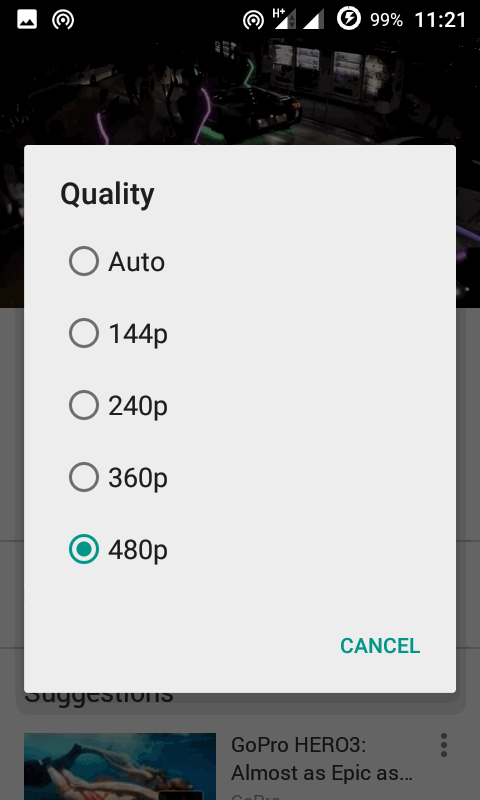 From my phone’s screen shot, it’s clearly seen that no 4K option, 2160 pixels on the same YouTube video we had set to view in 4K in desktop. Therefore, it means either my phones resolution is unable to handle the 4K streaming because of its lower resolution or YouTube have disabled the 4K option in the mobile version of their app, probably if I should use the phone web browser it might load the menu for selection of 4K, 2160px.