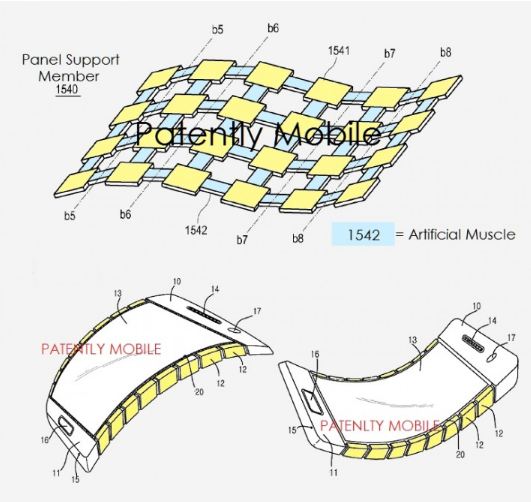 Samsung granted patent for Bendable and Flexible Display Technology.
Have you ever dreamed of that kind of mobile phone, you could bend or squeeze into your pocket? Well, its no longer a dream again the technology is around lurking around the corner. We should expect it on mobile devices soonest from Samsung. Samsung has now been granted patent by United States Patent and Trademark office.

A little sip into the technicality behind the design, reveals Samsung incorporated a flexible substance in one layer of the display panel. The documentation noted a Polyethylene Naphthalate (PEN), Polyarylate (PAR) and other similar chemical substances. The end result of the combination is a grid like structure that can withstand being bent without affecting it’s structural makeup. A dielectric elastomer film also complements the bending technology. The film is referred to as a smart material system which tranforms electric signals to mechanical work. This actually means the Display panel Samsung had patent for, may be able to bend freely without the need of the application of an external force. 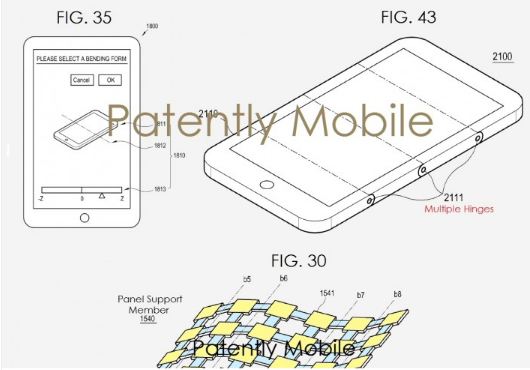 From the image we could spot the foldable flip styled design as well as the hinged design concept which is also part of Samsung’s collection of patents. More exhilarating is the idea that this display could be able to open and close itself just as in, in the Self Lacing Shoe, in the movie “Back to the Future”. All this exciting new design concepts might become a thing of reality say before 2020 or even much much more closer say 2017, following Samsung plans for MWC, 2017.

The Korean giant, Samsung have been able to get handful of patents to support their concept and collection of the Bendable and Flexible Display Technology.  Of recent we have seen new television sets with curved Ultra HD display unveiled to the market. Its evident from all indications that display technology is gradually taking a new turn. Samsung have had intentions to unveil foldable smartphones set for 2017, MWC.