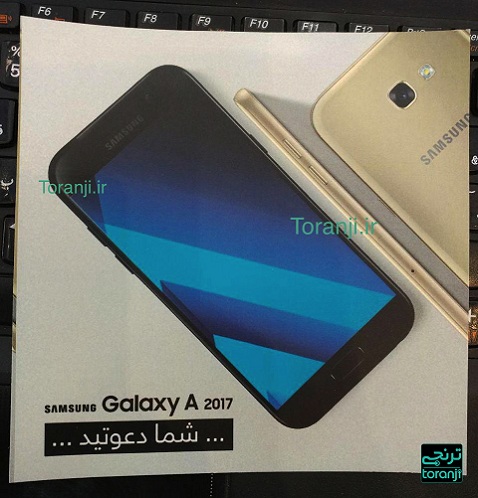 Samsung Galaxy A7 2017 with 3GB RAM Leaked image and Specification.
Leaked image of Samsung Galaxy A7-2017 was spotted with two coloured variants; Golden and black colour. The yet to be released smart phone was revealed to feature the Exynos 7870 SOC. With 3GB of RAM and 32GB or 64GB of inbuilt memory.

The smartphone was released in January of 2017, thus the 2017 tag in the name. It supports GSM, HSPA and LTE Network technologies.

The screen resolution of the smartphone is 1080 x 1920 pixels. While the screen aspect ratio with a display PPI of 386 ppi density.

The smartphone runs on the Android 6.0.1 (Marshmallow) operating system. Which is upgrade-able to Android 8.0 (Oreo).

As for the memory of the smartphone, it is a 32GB type with an expandable memory slot to a maximum of 2556 GB. The RAM is 3GB RAM.

As for the main camera is a Single 16 MP unit with f/1.9 aperture. 27mm (wide) angle and AF. The features of the camera include a LED flash, panorama and HDR.

The battery is a Non-removable Li-Ion 3600 mAh battery with Fast battery charging and a 18W power adapter.