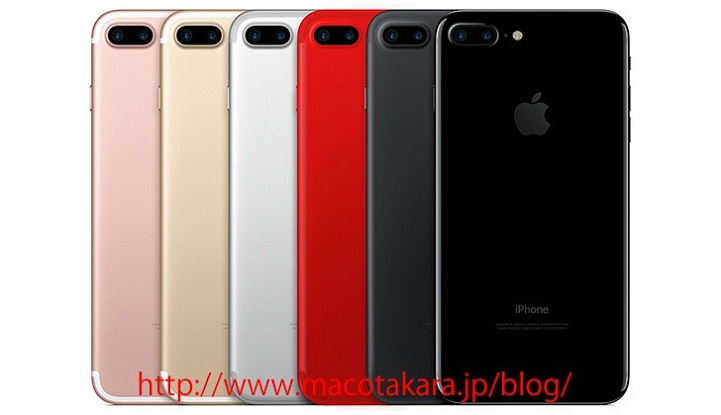 Apple iPhone 7S with A11 chipset set for 2017 with multi colour options.
We’ve had different versions in the past month of how the new iPhone for 2017 will be like. What features will be added, removed or even complete overhaul of the current iPhone design. A new claim or rumour have it that, the new iPhone for 2017 will feature A11 chipset. This means better performance and faster everything with respect to iPhones already using the A10 chipset

similar chip seen in iPhone 7. If  this claim is valid, it means previous rumour of the supposedly iPhone 8 set for 2017 null and void. Meaning no curved OLED, No wireless charging and no complete overhaul of the iPhone design. But, instead, iPhone 7 will come in another version, iPhone 7s and 7s Plus.  In additon, multi-colour variants: Gold, Rose-Gold, Silver, Mate-Black and Jet Black-Hue for iPhone-2017 will be available.

“Apple iPhone 7S with A11 chipset set for 2017 with multi colour options.”

iPhone has continued to be center of innovations over the past decade, amongst the top 10 most innovative smartphone brand when compared with other players in the phone industry like Oppo, OnePlus, Vivo, Xiaomi, Samsung, Huawei etc.

iPhone has continued to retain the status quo, as the smartphone brand, which offer users quality for money alongside other added features, like security and so on.

iPhone’s design aesthetics and the general feels and touch of the operating system has gradually transitioned over the years.

We have seen a more sleek iOS with added features and functionalities. We have also seen different improvement and new ideas inculcated into the new iPhone’s design.

For example, we now have a borderless or rather edgeless kind of screen display and the almost top notch design.

We have also seen the introduction of dual and triple cameras on the rear of the smartphone. And so much more little improvements.

Batteries also and performance have been improving and also the adaptation of fast charging power adapters have made using smartphone a lot easier.