More like Data battle amongst the Nigerian network operators. Each craving for attention as they unravel various internet data plan again and again. And GLO Nigeria isn’t left behind. GLO had taken it up, on another level again by unveiling cheaper internet Data plan for GLO subscribers. These Data plan at the moment are simply the cheapest you can get when its being compared to the data tariff of other Networks. Example, with 2500 Naira you get 10GB for 1 month. Meanwhile, another network like MTN may also reciprocate sooner or later with another outwitting sets of data plan. Lets hope so. But, before that happens, keep an eye on nibbleNG homepage for updates on newer internet data plan.

A snippet of the new data plan by GLO on their Instagram account attracted much attention. The comments were like, is this actually for real?…..Most Nigerian youths that fall in the internet maniak category are really in a dire need of a data plan that will satisfy their internet craving habits. If you ask a few Nigerian youth which is prefarable, between cheaper call rates or cheaper data plan , they will prefare cheaper data plan that provides reasonable bandwidth. The idea is that, most Nigerian youths spend more time facebooking, chating, Googling and so on compared to the time spent on calls daily. 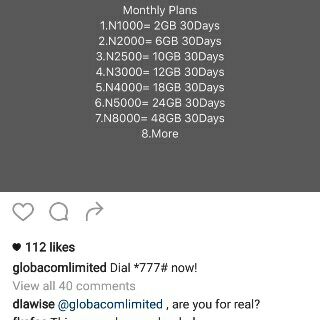 Many Nigerians aren’t connected to the internet for zillion reasons, high rate of data tariff is also a factor. Sooner or in the nearest future the tariff factor wouldn’t be much of a problem and thus, more people would be connected on the internet.

How To Subscribe For Newly Unveiled GLO Data Plan 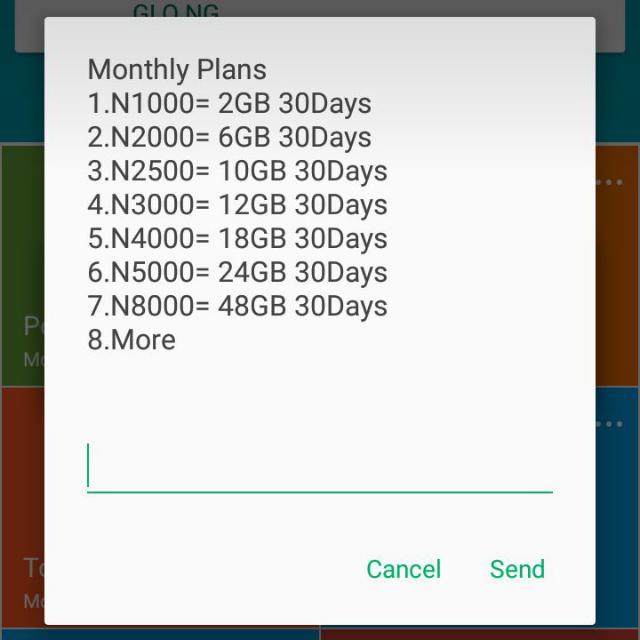