In this post, I’ll share with you the top video players on the Android platform. This players in the list are the most preferred by users running devices using the Android operating system.

Are you one of those people that love Streaming movies on your Android phone?. Or watch videos, proven to be one of the coolest way for users to kill time, entertain and keep yourself busy. It would be a frustrating situation when your mobile device can’t play videos with high quality of some kind of video format.

In addition, you may become unsatisfied with the default player on the Android platform. However, when it comes to playing the High Definition (HD), VOB, or MKV video formats, most default players sucks. While other third party apps come with optimizations to cater for all kinds of video formats. Though, over the years, we have seen evident improvement in even the default players that come pre-installed in android devices. But, outsourcing a players from other developers, always come with handy features and customization that may really satisfy what you want of a video players.

Without further ado, Let’s delve into my list of top video players on the android platform, recommended by users. By far, this are one of the common video players, you would find in most users on Android. Ok!.

The necessity to have the best Android video players is the a good thing for every user. With any of the video player apps listed below, you can easily play any video formats without any hassle. It is often a difficult task for the newbies to pick the app out of the pool. Thus, this listing.

Here are my best android video players for your perusal, if you ain’t already running it on your device. Let’s dive in:

First in my list, we have the MX Player app. This is one of the best Android video player apps with simple and yet effective features. MX Player impressed me with how much you can customize the experience. It has options to change the theme of the player and to enable/disable buttons in the interface, you can go with dozens of features which push the MX player to stand out. 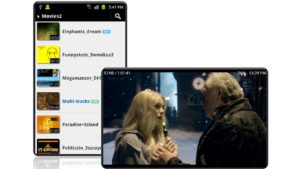 One feature that makes me like this player, is that it has more options to enable advanced features; like hardware acceleration. This comes in handy when you’re trying to decode high-resolution video files, letting the GPU help with decoding instead of relying on the CPU.

Another feature of this great player,  is its support for subtitles. Foreign film fans will love this feature. It even lets you control out of sync subtitles, so it matches up perfectly with the audio.

For parents, MX Player features the ability to block kids from wreaking havoc on your phone or tablet. If you are running on Android 5.0 Lollipop+ , lets you pin apps, so you can do other stuffs, while the MX Player remains pin to the corner of the screen.  Users running older versions of Android will find this feature useful though.

Other Features of MX video player:

BS is another fantastic video player. This player is worth giving a try. Installing on your Android device will prove everything. If you have already tried MX player on your android phone, BS player is going to be another great player for you. The app can play almost any video that you throw on it. 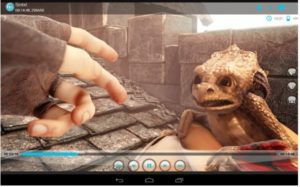 BS Player,  is used by more than 70 million multi media users throughout the world and it has been translated into more than 90 languages worldwide. All downloaded versions of the FREE version, exceed the sum of all downloads of competitive media players in Playstore and payable WebM or DVD players.

Because, BS Player, does not use much of the CPU, so processing resources are conserved for multimedia playback.  It is suitable for all those who use slightly less capable android devices. Like, feature android devices, running on the Android Go Operating System.

With Bs Player, you can finally enjoy the playback of HD DVD and AVCHD movies of the highest quality. The player come with minimal system requirements. One great feature, why I like this player is that you can playback any YouTube movie directly from the internet and save it to local disk.

To get a premium experience, that is to unlock the pro features. One will have to shell out around $5. BS Player, is one of the best Android Players out there. The free version is also very cool as you would enjoy almost everything as in the Pro version.

VLC is a free and open source cross-platform multimedia player. The app runs on a framework that plays most multimedia files as well as DVDs, Audio CDs, VCDs, and various streaming protocols. VLC player, is one of the world’s best video player for both Windows and Android platform. VLC has been around for long. But, still have been relevant and very reliable video player for not only Android devices. But, also on other platforms too.  VLC player doesn’t cost you any penny. It supports most of the video formats, and you can stream online or offline videos seamlessly without any problem.

Other Features of VLC Video Player:

PlayerXtreme Media Player, is the most popular cross-platform Player. It comprises, Audio player, Video Player, Movie Player and Online Streaming Player for iPhone and iPad. The app is now available on Android. With this Free Media Player, you can watch videos, movies, listen to music and more, in any format. It comes with mesmerizing audio and video results on the go from anywhere, even if they don’t normally play or even sync with your Phone or Tablet.

I have not personally use this player before, but a friend of mine recommended the video player for me which I found it worth writing about in my blog. Hope to give a try some day. So all of this reviews of the Player, are from my friends voice.

mVideo Player,  is another popular video player in the Google Playstore. With many positive user reviews. mVideo Player, comes with cool features and also a nice and simple interface. 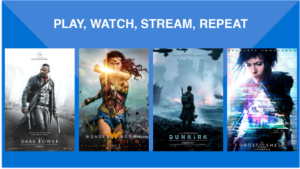 One limitation about the mVideo player, is that You can play only video formats your smartphone-supports. If your phone doesn’t support HD contents, you can’t play. Apart from that, everything remains professional regarding user interface and performance. Like any other video player, you can create and manage playlists and bookmark your favorite videos.

QQ Player is one of my favorite player in my Desktop and Laptop. On Android devices, the player has also not disappointed to replicate such feat seen on computers. Though, you can’t compare QQ Player with the likes of MX Player. But, it still a cool player, as you can use it to play all video formats.  The player is free to install. And comes with other features that make it a complete video player for its users.

QQ Player is not just a video and audio player. This player app, also supports ability to  snapshot video into high quality images as well as snapshoting an entire movie into thumbnails in one single image. You can also cut a part of the movie and convert it to a GIF image with different dimensions. This means you can perform other advanced functionality, you would not normally do on the other players in this list. This makes QQ Player to stand out.

Other features of QQ Player:

Vplayer falls in the list for its flexibility and ability to optimize your video experience on Android.  The app comes with an inbuilt hardware acceleration engine. Which makes running videos even more sleeker without lagging.

The acceleration allows for faster and smoother HD playback. This brings forth unparalleled ease and comfort during Playing. All in a bid to give users a smooth video watching experience. 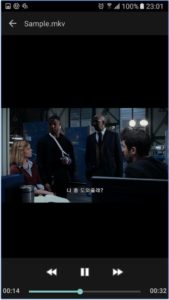 Wondershare Player comes with an inbuilt video downloader inside of it. You can use this function to download videos to your device. In addition, you can run links from YouTube, Netflix, Hulu and other websites on the downloader. Wondershare Player also impresses with its simplicity and its ability to play all kinds of media formats in a click.

Again, Wondershare Player, allows for a seamless video play. It supports almost every video and audio formats. Whether, its DVD, to media recorded with your Android devices etc.

Other feature of Wondershare Player:

Gplayer is a smart android video player. And also, one of the best android video players. It comes with other advanced features embedded inside it. Gplayer is a free app. Comes with support for Chrome cast dongle. Apart from the connectivity, it also has dozens of features like multiple floating windows, a simple and intuitive interface for amplified usage. Even if you don’t like the interface, you could change as per your needs with simple and easy steps. 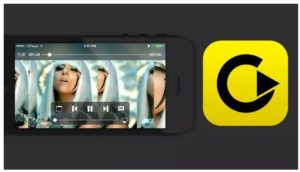 You can use the multiple gestures support, which allows you to control the playback settings including volume, brightness, and others. Group sharing would come handy if you have two or more devices connected to the same home network.

Here comes the last one on the list.  Feather player is another cool Android video player to give a try. The app is equipped with cool features too. For example, you create and manage your playlist and play them when you need. In addition, it support gestures. With gesture support, you can easily control all your on-screen activities.

Other Features of Feather:

In conclusion, these apps listed on this post, are the most popular video player applications on most Android users device. If you just got yourself a android device, then, you can consider going with one these in the list or install even more than one. If any of your favorite Android video players wasn’t in the list. Please, indicate by sharing yours below in the comment section.