Battle Field 1 takes you back to World War 1. Watch the Youtube Trailer above.
Battle field 1 the yet to be released first person shooter game is set to unveil on October 21st, 2016. Experience the Dawn of All-Out War, Only in Battlefield 1.  Discover classic Battlefield gameplay with epic multiplayer and an adventure-filled campaign. Battlefield 1 will be available from Oct 21st, 2016 on Xbox One, PS4 and PC. The game trailer already has over 2 million likes on Youtube compared to the new Call of Duty Infinity Warfare  which has already over 3 million dislikes on Youtube, Sorry activision!.

This 2016, Battle Field just got it right because fans will like to have some dose of  nostalgia!. Call of Duty from it’s release of the Infinity Warfare, I think they have lost the battle of dominion to Battle field this 2016. The reason may be because Infinity War Fare is outer spaced based compared to Battle field 1 which has a more realistic setting – Word War 1, not some alien futuristic hunt or so. Personally am not a fan of alien or spaceship games.

Similar to previous entries in the series, Battlefield 1 is a first-person shooter that emphasizes teamwork. The game is set in the period of World War 1, and is inspired by historic events. Players can make use of World War 1 weapons, including bolt-action rifles, automatic and semi-automatic rifles, artillery, flamethrowers, and mustard gas to combat opponents

Five maps and four modes will be available, including St. Quentin Scar, Amiens, Sinai Desert, Fao Fortress and Suez in the Conquest, Rush, Operations, and Domination modes. There’s also a taste of the singleplayer campaign, with the missions Storm of Steel and Through Mud and Blood. Your progress carries over, too, if you decide to buy the full game after your Play First Trial ends. 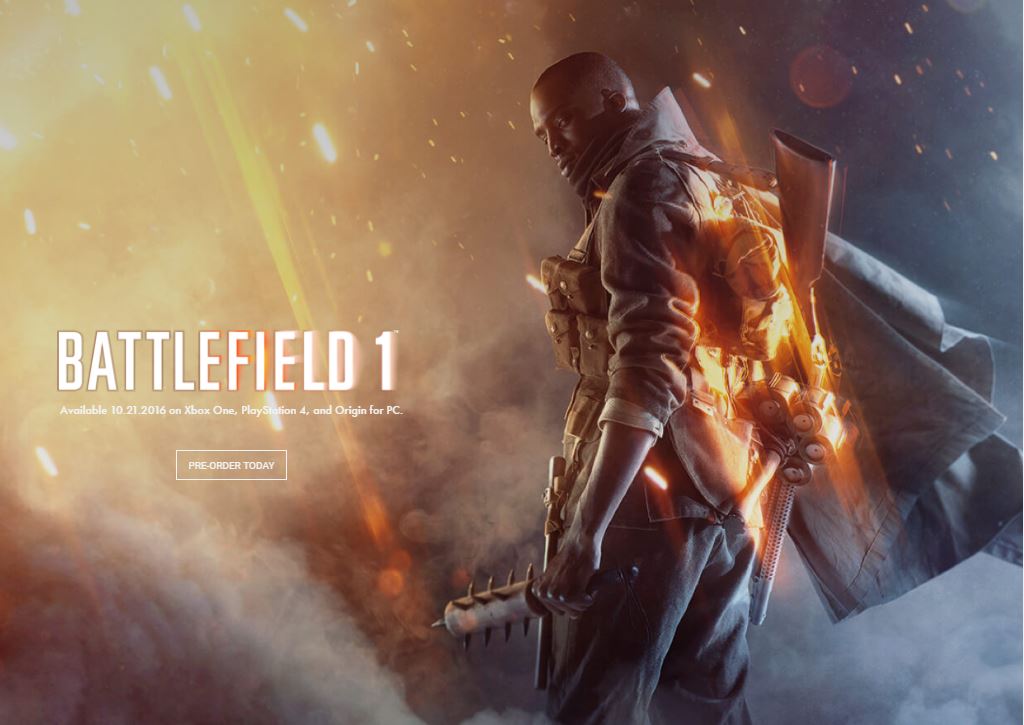 THE DAWN OF ALL-OUT WAR

Experience the origins of modern warfare where the old world was destroyed, giving way to the new one. Use the innovative, modern weaponry and vehicles of World War I as you battle across the land, air and sea.

NO BATTLE IS EVER THE SAME

Dynamic weather and intuitive destruction create an ever-changing landscape. Make your mark on the world, whether you’re blasting craters in the ground with artillery strikes or ripping apart walls with gunfire.

WAR ON AN EPIC SCALE

Take the battle from the scenic Italian coast to the scorching Arabian deserts. Discover classic Battlefield gameplay through an adventure-filled campaign, or squad up and join multiplayer battles with up to 64 players.