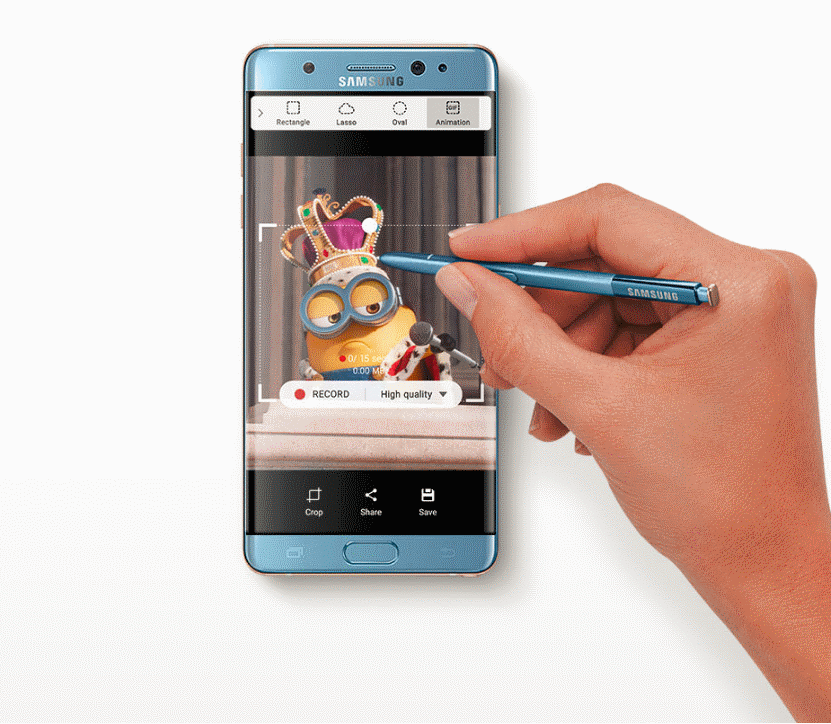 No more fire Samsung begins restart of Galaxy Note 7 Sales.
The Samsung Galaxy Note 7 may be undoubtedly the best Smart Phone ever released. The new device was earlier taken off from the market after random complaint started coming in from individuals of battery explosion. This then lead the company to withdraw the device sales from the market and have a global recall for the device as it found the battery had issues.

Reuters: Tech giant Samsung Electronics Co Ltd said on Sunday it was delaying the start of new Galaxy Note 7 smartphone sales in South Korea by three days to Oct. 1, a move it says is needed for speedy completion of the ongoing recall in the country.

Samsung announced on Sept. 2 a recall of at least 2.5 million Galaxy Note 7 smartphones in 10 markets, including South Korea, due to a faulty battery causing the phones to catch fire, offering refunds or replacement devices using safe batteries.

The firm hopes to complete the recall quickly and restart sales in the fourth quarter to salvage earnings, but the latest hitch in South Korea underscore continuing challenges in those efforts.

Though product exchanges in South Korea began on Monday, only about 200,000 affected customers have turned in their devices – which Samsung says represents half of affected customers and a recall pace that is much slower than other markets such as Singapore and the United States.

“The recall rate will likely fall sharply should new sales have resumed on Sept. 28,” the company said. Affected customers would no longer be able to exchange their devices through domestic carriers starting on Oct. 1, making the process more difficult.

Samsung hopes to restart new sales in affected markets once it makes enough progress with the recalls, having announced plans to restart sales in Australia and Singapore in October, but the nearly month-long recall process has provided additional stumbles and embarrassment for the firm.

Continued reports of Note 7 fires and damages after the recall announcement, along with warnings or outright bans from aviation authorities on the use or charging of the Note 7 on aircraft, forced Samsung to ask affected customers to immediately turn off their phones to prevent further damage.
(Reporting by Se Young Lee; Editing by Jacqueline Wong)