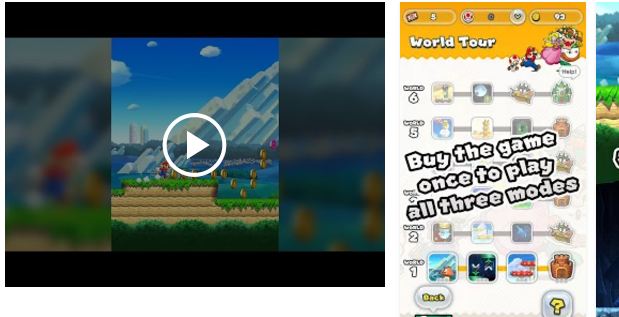 So far, the game had accrued over $55 million for the Japanese Company, Nintendo.

Users from around USA can now download and install the game, straight to their android devices.

The Android version of Super Mario Run is an exact replica of the iOS version. Pricing goes for around $10, after you have surpassed some initial levels of the game.

This means you can have a glimpse of the game, even, before paying. See how the soup taste before letting out the card!. More info below:

Mario game can be compared with the likes of PokeMon Go and Angry Birds.

Owing to the incredible performances during releasing and the surge in download.

The good thing about the Mario Run game is the nostalgic feelings it brings forth.

Because many players of the game are fans of the popular super Mario that goes way back during the times of the NES game controller.

The android apk format of the game provided in the link above, will help you get the game straight to your device.

Aside using the link, you can also make a search query of the name in Google Playstore. This helps to bring out the game, from there you can just simply tap and install after wards to your device.