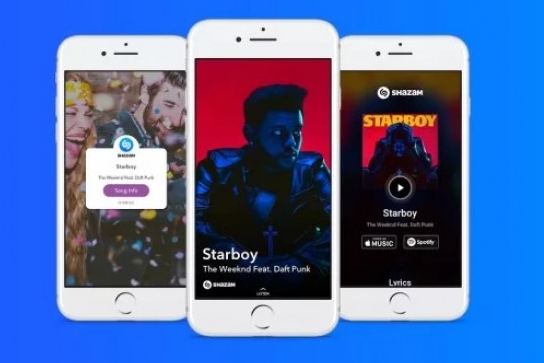 Snapchat now has Group support for 16 People Integrates Music App.
Snapchat has updated its Group functionality to accept up to 16 people in Group Chat. This feature is similar to Snaps sent to friends such that, when Snaps are sent, they are automatically deleted after 24 hours and also can only be read once by an individual. More like flash SMS feature.

Snapchat is also adding two new intuitive feature to the instant messaging app, Paint brush and Scissors. Paint brush turns Snaps inside Memories into artistic pieces. While, Scissors creates stickers by cutting through part of a snap on the Preview Screen.

To ace every thing up, the Chat app has integrated popular Shazam music recognition app. How the new plugin Shazam works in Snapchat: Simply, Press and Hold onto the Camera Screen while playing music, Shazam will inturn start doing its recognition service in background.

This new features will help broaden the use of the social networking application to a whole new different level.

These features work on both the Android and iOs devices and has made the application to get better and evolve over time.

Though, we have seen competitions from the likes of Facebook and Instagram social networks, but again, Snapchat has continued to remain even more relevant amongst young ones and females.

Android devices like the Xiaomi, Oppo, Vivo, Samsung, Huawei and Gionee have experienced smooth experience with the applications on including iOS too.

It is no doubt that Snapchat over the years has been center of social media innovations, which other social media have also had to replicate these features on their platforms too.