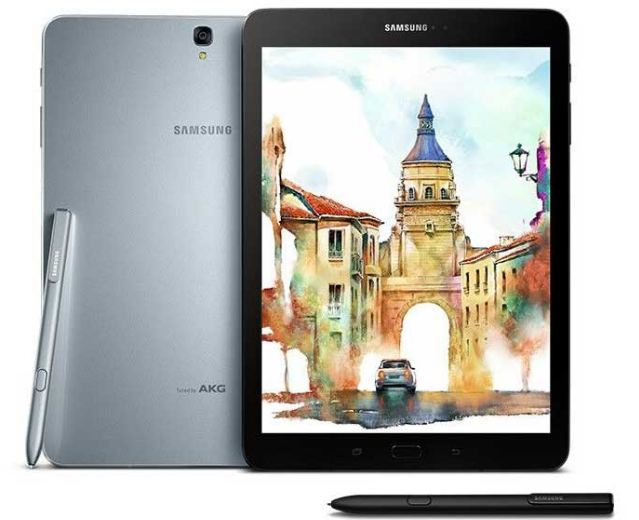 Samsung Galaxy Tab S3 official in Russia Price Specs Details.
Samsung Galaxy Tab S3 is now official in Russia, the tablet was earlier announced at MWC 2017 and has gradually being gaining entry into different world markets, UK, Canada, US and now Russia. The device was launched comprises of the WiFi and LTE Models through the Company’s online shop in Russia, for around  59990Rubles for the LTE variant and 54990Rubles for the WiFi variant.

A little insight on the build up, the device is 9.7 inch in size with SUPER AMOLED  QXGA display. The resolution is  2048×1536p and comes with smooth fine finish design surface. Sturdy enough to withstand shock and smooth enough for presentations.