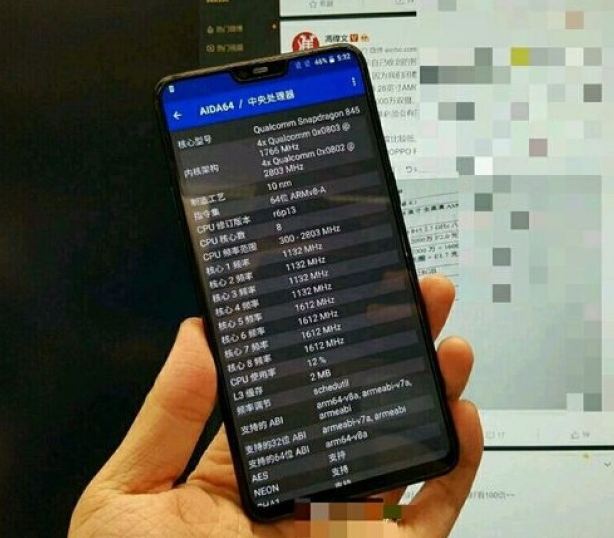 OnePlus 6 smartphone is expected to come in series, that is the line up will have names with OnePlus 64GB, OnePlus 6/128GB, and also the OnePlus Premium with 256GB. OnePlus 6 series will come in 3 options for buyers to choose from with RAM of 6GB and 8GB. Starting price is expected to be at around 500USD+.

Speed up your experience with gestures. #OnePlus6 pic.twitter.com/ccN32d8UbW

OnePlus 6 series will keep features already seen in the previous ONeplus 5T and Oneplus 5 smartphone. One of this feature is the gesture feature that is used in launching different application from the smartphone.

Going down to the main specs, that is expected to launch with this machine, Oneplus 6 is expected to come powered with the power efficient 10nm built Snapdragon 845 chipset running on AIDA64 app. While the rest of the specification will come with 6GB of RAM with Dual 16MP+20MP cameras while the battery is to come with a 3450mAh capacity.