OnePlus is simply known for her premium devices. You need to shell out that 399+ USD to get a OnePlus smartphone.

But, at the end, it’s absolutely worth it. If your budget permits.

OnePlus 7 and other OnePlus devices as we know aren’t in Nigeria market. But, again several Nigerians do use the smartphone brand.

They simply buy and outsource from it from international online malls like Aliexpress.

So before we delve into buying OnePlus 7 Pro smartphone. Let’s quickly have a look at some of the specs.

The smartphone is powered by a 4000mAh capacity battery with fast charging adapter rated at 30W.

It comes alongside the USB 3.1 Reversible Type-C 1.0 Plug with USB on the go.

Features an under screen display fingerprint sensor as well as other sensors like compass, proximity, gyro and accelerometer.

The next thing we going to look at is the processing speed and RAM power. 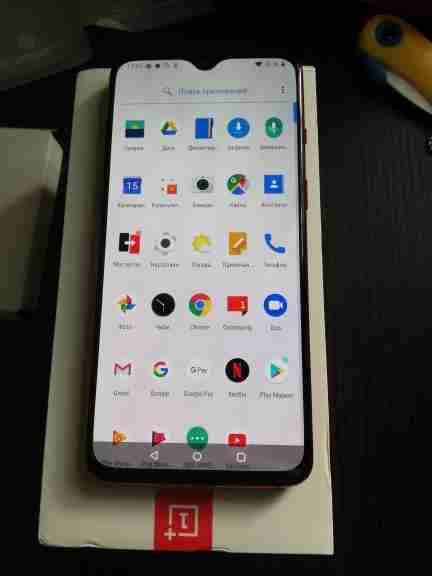 Just like the Xiaomi Mi 9, the smartphone is also powered by a Qualcom Snap855 chipset built from 7nm process.

The chip encompasses an Octa-Core CPU with and Adreno 640 GPU.

The smartphone comes in 128GB/6GB, 256GB/8GB, 256GB/12GB Built in Storage-RAM variants. Choosing any of the variants depends on the price you are willing to buy.

The price of the OnePlus 7 starts from above 400+USD. Around 160 thousand Naira above.

As for the display. The smartphone has a 6.67 inches design with screen aspect ration of 19.5 to 9 and 516 ppi density. It has a Corning Gorilla Glass 5 protection on the screen.

The display is a Fluid AMOLED type. The back of the smartphone also have the same Corning Gorilla Glass 5 protection too. Giving the device a fine look.

I’ll stope here on the specs. We could go all day discussing about the specs and features of the smartphone. Need more details you can go over Youtube to check out some review videos.

But, over all you wouldn’t need an advice to buy the best device of 2019 if you want.

You can buy the OnePlus 7 Pro from some select shops across the nation.

Or you can simply other for it via Aliexpress.