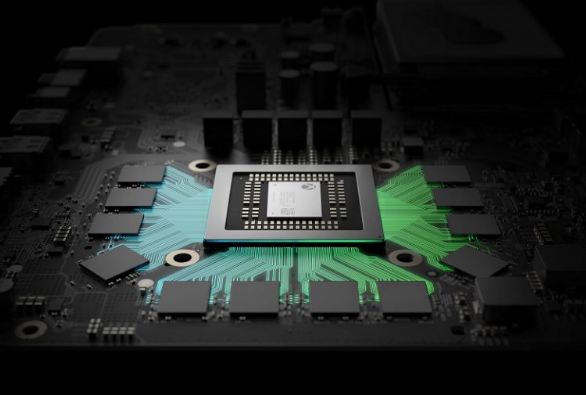 Project Scorpio is expected to unveil in an E3 Press slated for around late 2017. Spec wise, the Scorpio features higher Teraflops as compared to the previous Xbox and Playstation. The Teraflops is a measure of ability of consoles to play high resolution games at better frame rates.  Xbox Scorpio has 6 Teraflops of graphical power, 2.2 Teraflops greater than PlayStation 4 Pro console. Since, the console design is based on the Xbox One S, thus, comes the exclusion of dedicated Kinect port, with the inclusion of HDMI port as replacement. See specs in image below: 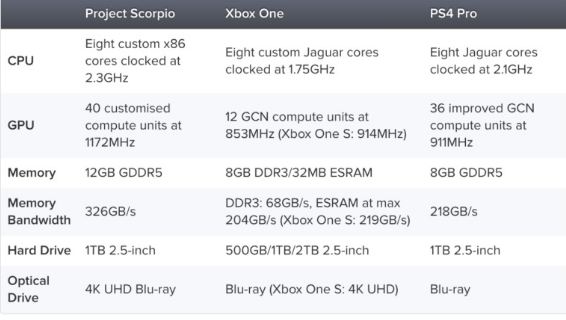 The processor comes with x86 Cores, with clock frequency of 2.3GHz. It features a customized GPU featuring 4o computing units at frequency of 1172MHz, compared to that of Xbox One at 853MHz and Playstation 4 Pro at 911MHz; Scorpio leads. GPU will come alongside 12GB GDDR5 memory for 326GB/s output bandwidth. 1TB of hard drive storage and vapour chamber for cooling.