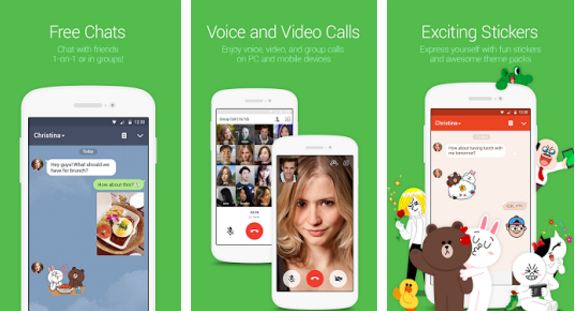 Line Latest apk Download with Support for 360 Degree Photos and More Features.
Line newest update of February, 2017 brings you support for 360 degree photos and other features. What is Line app? For those, that haven’t come across it before, the Social Media app lets you  make Free Calls & Messages. If you already have the Line app, in your Android device, update it in your Playstore, to the newest one to enjoy the 360 Degree photo feature or use this link.

Initially LINE app was designed only for the Japanese community. But, somehow the app found its way to other shores! And ever since, braking broundaries. What makes the app stand out and particularly loved by Gamers is its rich collection of Stickers and Translator bots, as they call it!.

Features added to the new update is the ability to mention a particular friend in a group conversation, plus the 360 degree functionality for photos. Improved notification for incoming calls. Ability to send files while chating and improved quality of videos uploaded into chat.

Don’t know about LINE, and haven’t tried it before? Get yourself one now, on your Android Device ASAP! or use link below: