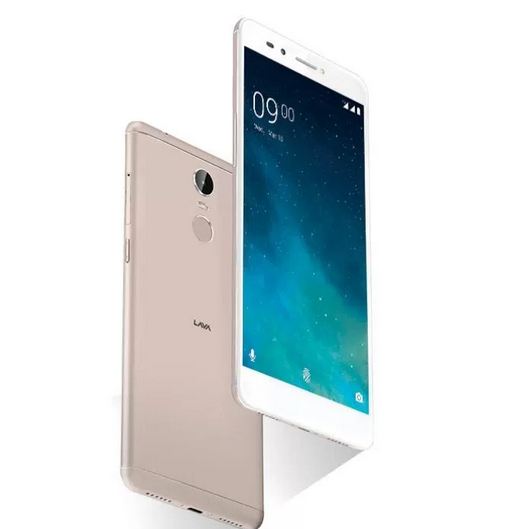 Lava Z25 4GB RAM Price Specification India Pakistan Description Availabilty.
Lava Z25 with 4GB of RAM has been unveiled in the Indian market.  The Indian based brand, Lava, are known for their designs of smartphones that are affordable for the specs. Just like the Lava Z10, the Z25 sports MediaTek (MT6750) chipset, but, this time more like a flagship release by the Indian OEM.

Powered by MediaTek MT6750 SoC with Octa-Core 1.5GHz CPU and 4GB of RAM. The inbuilt storage is 32GB. Comes with a 3020mAh  capacity battery. The battery can take for 5 hours with just 15 percent charge, says Lava.

The smartphone is 5.5 inch in size with a thickness 8.5mm, which makes it slim. The display is 720HD IPS type. With 267ppi, higher than the PPI as seen in Lava Z10. Also comes with rear mounted fingerprint sensor for fast unlocking of the device.

The rear camera is 13MP while the front facing camera for selfies and video chat is 8MP. See killer specs below: