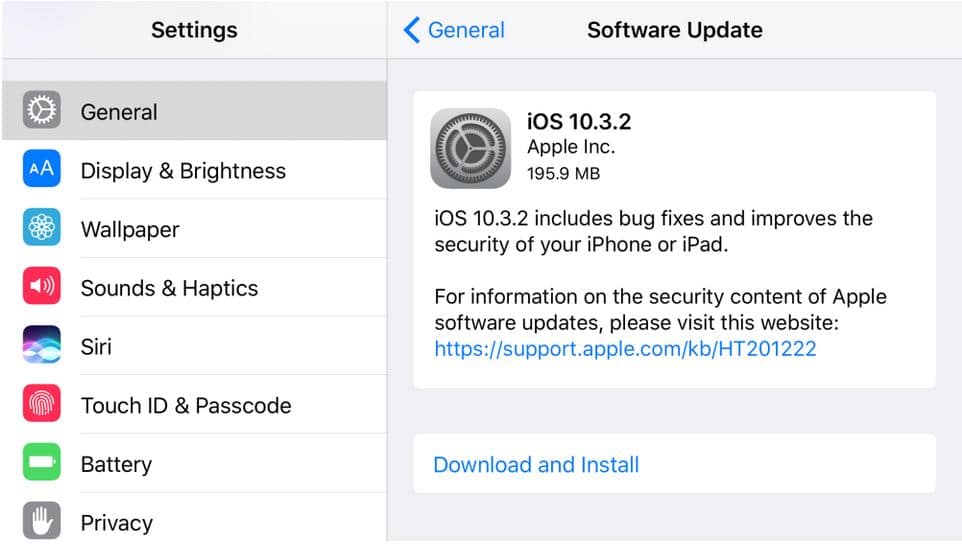 Apple, which is one of the leading smartphone manufacturers in the world like Android are known with their popuplar iOS.

The iOS is the Operating System that runs in Apple iPhones and iPad.

Apple incorporates the Apple iOS operating System to their devices. For more efficiency and ability to work well with the hardware. Since, the same company does both the hardware and software.

Apple iOS is also one of the most secured operating system in the mobile space. Thus, the need for timely updates to address security issues or bug discovered in the devices.

This time around the iOS 10.3.2 is now live and comes with new features and better everything. The new update has the necessary patches inside of it. And some few added features for easy running of the device.

It is recommended that all Apple users should quickly install an update when it rolls out because most times they come with the necessary fixes.

Some times it could be battery fixes, to help max the battery life. A virus fix or even RAM management fixes. Thus, when an update rolls out. Users are encouraged to go to the settings menu under About section and click on update.

Apple has released the new update OS, iOS 10.3.2 and now available for download and install into your iPhone, iPad, iPod Touch devices. The OS update comes with security and bug fixes for all the iOS devices.

To update your device to the latest iOS upate, the version 10.3.2, simply go to your Settings page in the image above, then:

And Voila, all done!, Wait for the update to download and install.

If you have done all of the steps given in the post, your iPhone, iPad and iTouch should be up and running with the most recent update.

With the recent update, you have it at the back of your mind that your device intact.