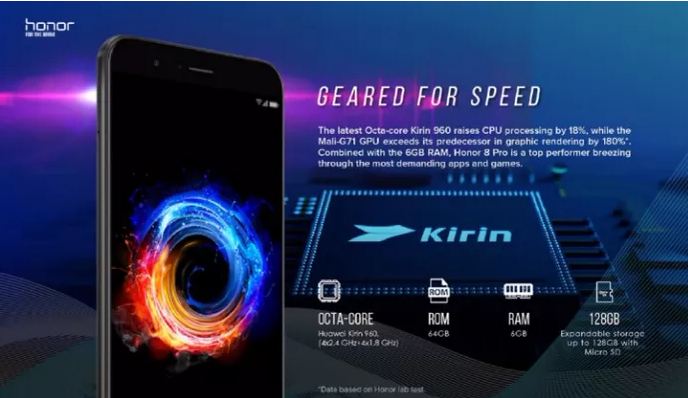 The smartphone sports a slim premium design with impressive spec pack. 5.7 inch in size with Quad HD display and an ultra-slim design. In China, the smartphone is known as the Honor V9, same specs and everything as the Honor 8 Pro in Europe. 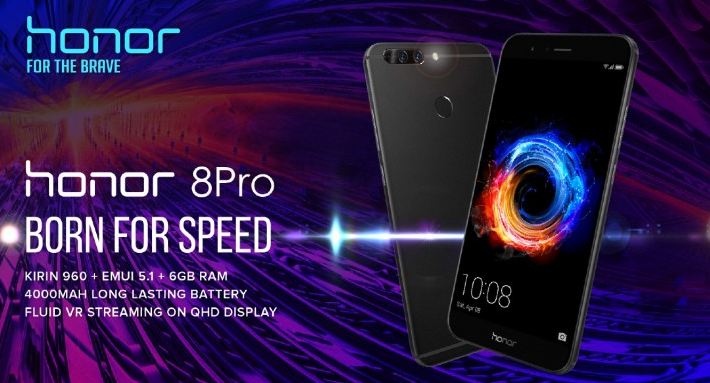 Honor 8 Pro has 4000mAh capacity battery with the Fast charge feature. It runs Android 7.0 Nougat with EMUI 5.1 interface. The rear camera is a Dual 12MP setup, while the front camera for selfies and video chat is 8MP. Plus a fingerprint sensor for fast unlocking of the device.

Hardware section, Honor 8 Pro is powered by the traditional Kirin 960 chipset by Huawei with an Octa-Core processor. Has 6GB of RAM and 64GB of on-board storage.