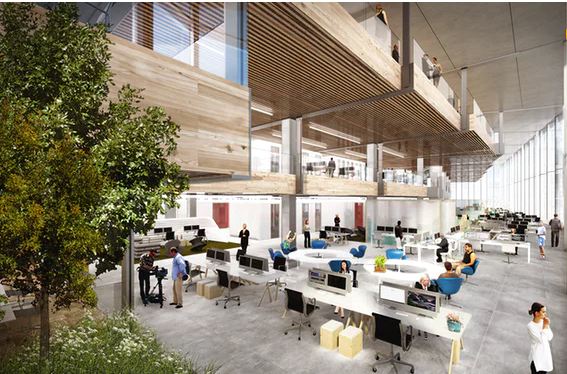 Google to create over 2000 Jobs from its New London office.
Google, the big tech giant to provide over 2000 Jobs in London following expansion of its monumental London office.  The expansion, which is a new complex will be 10 storey, 650000 square feets. Which is in the King’s Cross area of London, close to the new HQ. It’s expansion was announced on 15, November in a speech at the current HQ by the Chief executive, Sundar Pichai.

The expansion project is estimated to cost over 1 billion Pounds. Speaking on his very first visit to United Kingdom as Google’s chief executive officer, Pichai said it will be the first wholly owned and designed Google building outside the United states. It will also be a a major boost following plans of Britain to opt out of the European union.

Pichai said: “Here in the UK, it’s clear to me that computer science has a great future with the talent, educational institutions, and passion for innovation we see all around us. We are committed to the UK and excited to continue our investment in our new King’s Cross campus.”

Sadiq Khan, Mayor of London, called the announcement a vote of confidence in the city and that Google’s commitment to London is always a welcome thing.

Sundar Pichai: “London is one the world’s leading technology hubs and investment into the capital post-Brexit remains robust, so Google’s expansion will further strengthen our city’s reputation as a global leader in digital technology. “Our technology industry is central to securing future economic growth and this Government is committed to ensuring it continues to thrive. It’s further proof that Britain is open for business and that we continue to be an outward-looking, world-leading nation.”

It was estimated that in June, over 2,400 employees began moving into the firm’s new King’s Cross offices, its largest in the entire Europe. Apply for a Google Job Here>>>>.