GIONEE S11 is the latest addition in the S – Series lineup taking over the likes of the Gionee S10. Gionee S11 comes with a 6 inches display with 4 cameras inside of it posing as the selling point. See picture below:

As for the hardware, Gionee S11 sports a MediaTek MT6763T Helio P23 chipset, with Octa-core 2.5 GHz Cortex-A53 processor.  The whole setup is supported with 4GB of RAM which handles for all of the multi-tasking demands. You in turn get a fluid and seamless feel when using the device.  The inbuilt storage 64GB in storage capacity. With also option to expand via microSD card to 256GB. Gionee S11 runs on Android 7.1 Nougat operating system, that is the Amigo 5.0 skin. 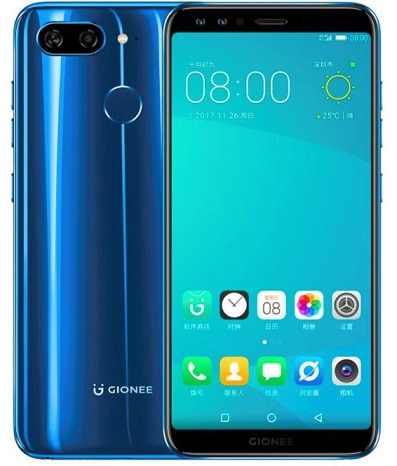 Coming down to the camera department, Gionee S111, seem to be camera focused. Not surprising from the 4 camera included into the smartphone. Just as seen in the Gionee S10. The Gionee S11 has dual rear 16MP + 5MP cameras with LED Flash setup. While the front selfie camera is also a dual 16MP + 8MP combo. Gionee S11 comes with a 3410mAh Non-removable battery. The battery does very well and takes for full day of usage. Pricing of the Gionee S11 starts from around $300.