This post is all about the step by step procedures to: Fix Lenovo T430 Laptop Battery Charging Restriction by Patching BIOS.

Normally when the original factory version of Lenovo Thinkpad Series Drains out, the need to replace another one becomes necessary.

Sometimes due to BIOS restriction hardwired to the system putting a Battery that wasn’t made by Lenovo Originally will not be able to charge.

Therefore, this post shows you the step by step process to by pass this restriction. So any laptop battery that can fit into the Lenovo Thinkpad Terminals  from any manufacturer can efficiently be charged. 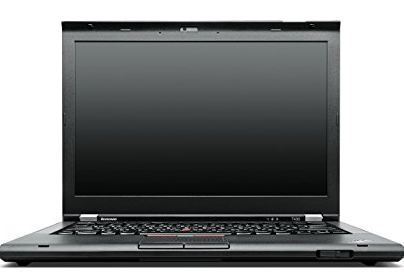 I tried a new battery on my LENOVO T430. On booting it up, at the BIOS loading stage I got this, prompt: “the battery installed is not supported by this system and will not charge t430”.

Who can relate to this?

If you encountering same problem. This post, will provide you with step by step guide of how you can fix this on your Lenovo T430.

It was the same procedures, that would be described, in the coming lines, that I used to solve it.

Well below is how it all started. With also fix for this problem provided. Just read gently through. And follow the procedures to come. Good LUCK!.

So my Lenovo T430 Laptop battery got bad, which means the battery can no longer hold power for a while.

Instead it shutdowns few minutes after the power adapter have been removed from the wall socket.

Basically, I would have had to carry my power adapter everywhere I go at all times. I needed a battery swap.

So, a friend using similar battery on same LENOVO T-SERIES laptop, gave me his own.

But this time, it was a  9 cells 55++ battery.  The type that had extra-battery cells. And kind of huge.

Since, my friend no longer uses the system due to accident that crashed everything except for the battery that went unscathed.

I took the battery confidently to try out on my Lenovo T430, there it is!. I got a message from the BIOS while booting up the PC, that the battery isn’t genuine, not compatible and will not charge the battery.

Unless I get a compatible battery from LENOVO. To think that same battery with the incompatible message is a Lenovo battery left me in awe!.

I hit ESC to load, the computer OS to see whether it charges.

But, it didn’t has expected. Ok! I gave up, then, instead, I got a newer 9+ battery, the exact battery that came by default in Lenovo T430.

To my surprise, after plugging the battery and hitting for the power button to turn up the machine.

In the BIOS booting I got same not original battery issue, so won’t charge the new battery! I was stunned again.

Tried many fix, like, installing new power drivers adapter, updating the BIOS, shutting down the Lenovo T430 by long pressing the power button and few others to no avail.

I decided to hit unto Google for similar threads and possible solutions to this selective battery charging of Lenovo T430.

This was made with the intent to only charge batteries that came from within LENOVO. This means if you got the battery from other vendors, you may be bound to face similar problems of not charging.

So what I did, was to stick with Google for possible solutions, after about several hours of checking few related articles!.

I was able to combine all of these to form one concise solution to patch the BIOS of Lenovo T430 to work with the 9 cells 55++ and any other variant of Lenovo battery that can fit into the power pin of the laptops.

Here is the procedures I applied given below: 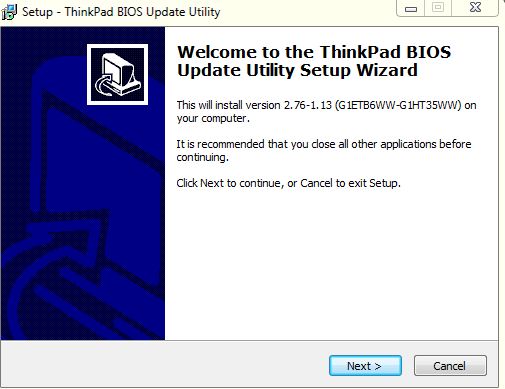 Here are the first two steps I did, the next step, is to get LINUX to run on your machine.

Because you need to use LINUX to create the BIOS patch in order  to remove the battery charging restriction of some battery out of the BIOS.

To install LINUX and create the BIOS patch I used steps below:

Here are the procedures listed below to create the Lenovo T430 battery patch:

After the process finishes, next step is to boot into Linux Mint by shutting down the computer, while restarting, select boot options from Bios to boot from the flash drive.

Which leads us to second step:

Any Question regarding this stuff! hit me via the comment link below.

Thanks for checking by Stay save!. The step below shows how I fixed by Lenovo T430 not able to charge specific battery.

Now my Lenovo T430 can work and charge with all batteries types provided the pin is compatible from all vendors making Lenovo batteries.