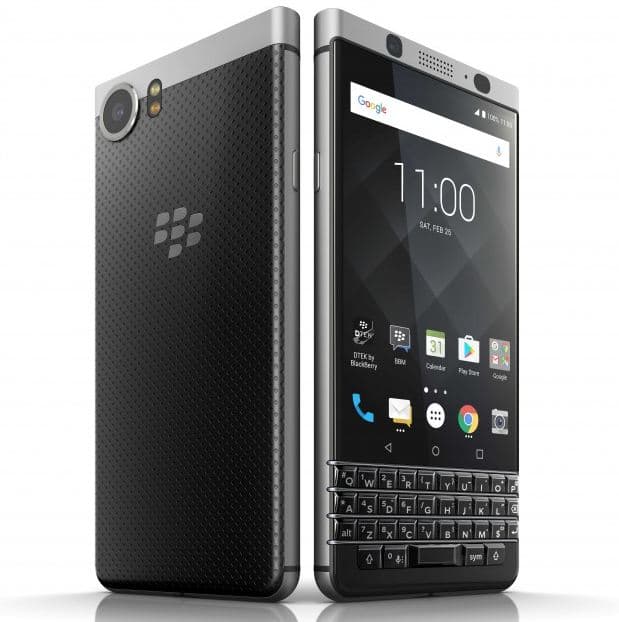 BlackBerry Keyone Smartphone Price in Canada.
Blackberry Keyone is now available on pre-orders in the Canadian market. The device is listed on Rogers carrier; sporting a price tag of CAD 679, that is about $499.

The smartphone will go official in Canada, 31 of May, 2017. Carriers like Bell, SaskTel, Telus, Rogers etc will sell the device based on two year contract for around CAD 199.

The smartphone comes with the option of GSM, HSPA and LTE network options.

The smartphone comes with a QWERTY keyboard as well as screen touch. The design is made of aluminium frame and plastic combined. Comes with the option of dual Nano SIM.

The size of the BlackBerry Keyone is 4.5 inches, like the Blackberry Dtek,  The screen resolution of the device is 1080 x 1620 pixels. The aspect ratio is 3:2 with 434 ppi density.

The screen is further reinforced with a Corning Gorilla Glass 4 protection for against scratches and when being suspended from heights mistakenly.

The operating system is made up of the Android 7.1 (Nougat), upgradable to Android 8.0 (Oreo).

In terms of internal storage. The BlackBerry Keyone smartphone is made up of 64GB storage with 4GB RAM.

There is also the option of 3GB/32GB variant. Depending on how much, you are willing to let off the hook.

The storage is further expansible to 256GB by implentation of a microSD card.

The smartphone also have the Bluetooth 4.2, A2DP, LE and EDR.  Comprises also of GPS with A-GPS, GLONASS and BDS2.

It has NFC and also FM Radio. It comes with USB 3.1, Type-C 1.0 reversible connector and also USB On-The-Go.

The smartphone is also powered by a Non-removable Li-Ion 3500 mAh battery. Which boast of Fast battery charging at 18W at 50% in 36 minutes via Quick Charge 3.0.