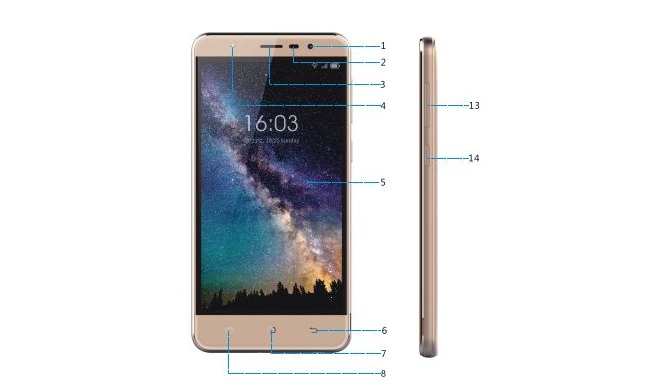 Hisense F102 from the listing, is powered by a 2500mAh capacity battery. With Front and Rear camera setup alongside a front mounted fingerprint sensor on the Home Button.