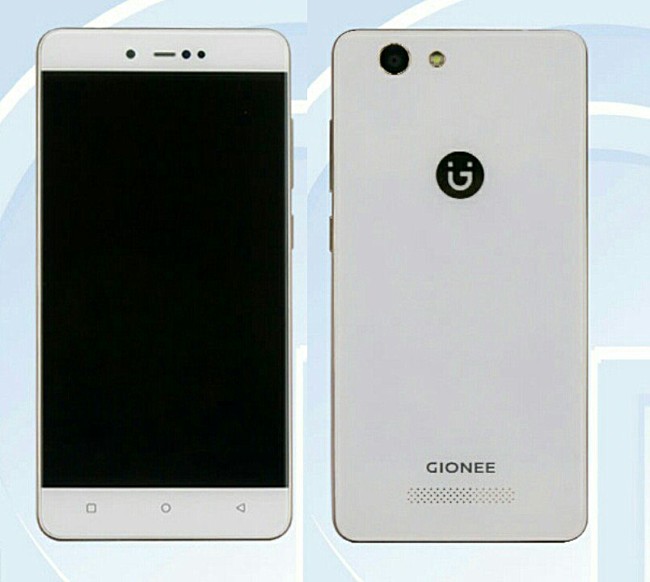 Gionee F106 with 2GB RAM Price Specification Nigeria China Kenya.
Gionee F106 with 2GB RAM image render has been spotted online following leaks and info from Techupdate. The yet to be released smart phone by the Chinese Manufacturer, Gionee has been certified by TENAA, Chinese Telecommunication Authority. The smart phone should fall in the budget category release from the featured specs. While no official info on the pricing as yet been released, the smart phone may go around say, 150-250 Dollars.

Gionee F106 will be available in Silver and Gold coloured variants. With dimension of  144×70.8×8.4mm and weight of 150.2g. The smart phone is packed with 2,660mAh battery capacity and runs the Android 6.0 Marshmallow Operating system.

Spec wise, Gionee F106 is powered by Quad Core 1.5GHz processor and 2GB RAM. The inbuilt storage is 16GB expandable via microSD card. The smart phone is 4.99 inches in size with Full HD display. The rear camera is 8MP with LED flash and autofocus while the front facing camera is 5MP for selfies and video chat.

The smart phone will come with Dual SIM slots and as well support for 4G LTE Network. The battery capacity to spec ratio is ok. But, the capacity of the battery is less than the high end anticipated Gionee M2017 battery.

Where to Buy Gionee F106 in Nigeria China Kenya Europe S.Africa US

and other reseller websites