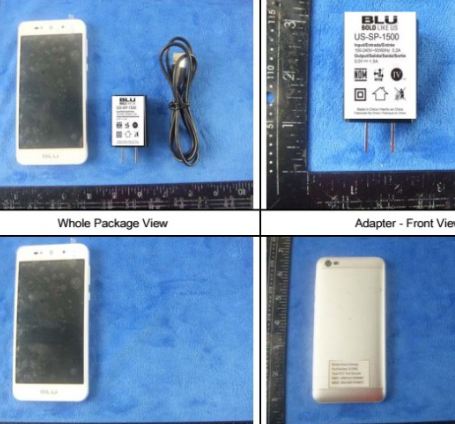 BLU Grand Energy Price Specification United States Nigeria India UK.
BLU Grand Energy is a mid-range category spec Android smartphone that is about to hit the shelves coming 2017. The smartphone can be classified as the budget type but also with incredible spec for price.

The smartphone images were spotted in FCC certification website. BLU Grand Energy comes with preinstalled Android 6.0 Marshmallow and most likely a 1080p display, not surprising at all from a low end budget device.

BLU Grand Energy X2, which is a previous release, ran Mediatek processor and powered by a 4000mAh capacity battery. With a small 720p small screen display. From this specs, its most likely the BLU Grand Energy we have a slightly higher one with a slight addition in price.

Where to Buy BLU Grand Endergy in US UK Nigeria

The smartphone supports GSM and HSPA network technology only. It was released in 2017 of January.

The smartphone is 145.7 x 72.8 x 11 mm in dimension and weighs 190 g. The SIM type is a dual nano-sim type. With also provisio n for an expandable memory slot close to the SIM adapter space.

As for the display of the smartphone, we have an IPS LCD capacitive type of display. Which comprises of 16 M colors. The size of the smartphone is 5 inches in size. While the display resolution is 720 pixels by 1280 pixels. The screen aspect ration is at 16: 9 and the ppi density is 294.

The smartphone runs on the Android 6.0 Marshmallow operating system.

As for the chipset and processor we have a Mediatek MT6580 28 nm chipset and a Quad Core 1.3 GHz Cortex-A7 CPU. The GPU is the Mali-400MP2. While the storage comes at 8GB and the RAM is 1GB. Though you can expand the memory of the smartphone to up to 32GB via microSD card.

The smartphone comes with loudspeaker, 3.5 mm jack and WLAN WiFi 802.11 b/g/n hotspot. The device has Bluetooth 4.0 and GPS also.

Comes with Radio FM support. Sensors include, proximity and accelerometer. The battery is a Li-Po 4000 mAh battery.