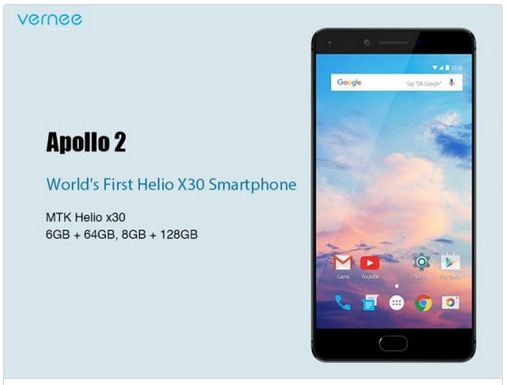 Apollo 2 Price Specification Nigeria China UK USA India Saudi Arabia UAE.
Apollo 2 will be the first smartphone to feature the Mediatek Helio X30 SoC. The device was earlier tipped at CES in January, 2017. Apollo 2 hopefully will unveil in February at the MWC in Barcelona thanks from a tip off from twitter giving insight towards the specs we should expect of the Shenzhen Company Smartphone, the Apollo.

The display is said to be a QHD one, with all the perks you would expect to come with a beastly phone.