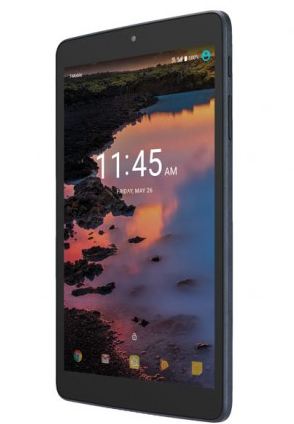 The tablet also has inside of it, the OS running a new app from Alcatel also; the CloserTV app.

The app works with IR-blaster which comes with the tablet.

Alcatel A30 tablet is powered by a Qualcomm Snapdragon Quad-Core chipset. The RAM is 2GB.

The battery is 4000mAh in capacity with Android 7.1 Nougat operating system.

Therefore, this smartphone can be seen as a feature smartphone but with quite an impressive specification when you look closely at the specs given below.

Firstly, the small piece has an impressive battery of 4000mAh. This will make the device to last longer. Since, it is designed as a feature smart device.

Secondly, it runs a quad core Snap Chipset. This will help to minimize power consumption from the battery thus, improving battery life.

While also boosting the performance of the device.

Thirdly, it has a decent RAM of 2GB, considering what the smartphone was meant to accomplish coupled with the processing power. Should be an ok for users without heavy demanding apps.

Fourthly, it possess an impressive screen size of 1280 by 800p which is quite ok for a feature device.

and lastly, the it also a 4G enabled smartphone. This means you can easily run on the 4G network for faster everything.

The A30 Alcatel can be said to be quite ok when compared to some other feature phones.