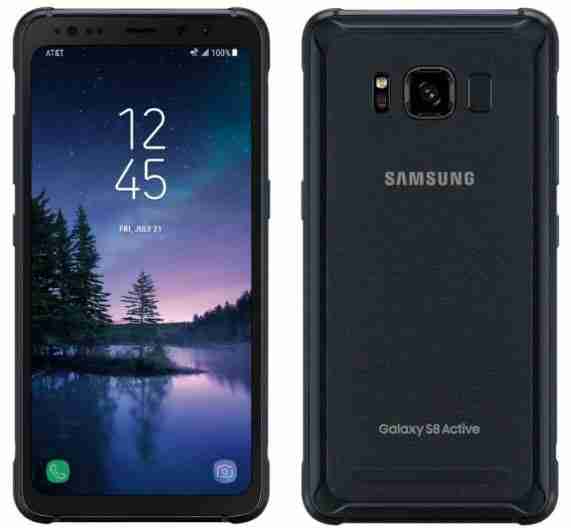 Samsung Galaxy S8 Active is a rugged smartphone designed with extra features which adds additional protection and support for the device. Rugged devices can be used for activities you wouldn’t dare use with a normal every day phone.

AT&T  has announced that it will be having the device on their platform. So, all AT&T customers can opt for the device through the network. The device also comes with a 30 months at $28.34/months payment option which also come with offer for a Gear S2 at $1/month for 2 years plan or alternatively a Gear S3 for 50 box also 2 year plan. To place an order for this device via AT&T simply go to att.com website.

In terms of design, Samsung S8 Active body is built with military grading materials which helps the device to resist against shock, dust, water, being shattered, and extreme environmental conditions.

It is covered with a metallic frame design which helps the device to withstand shock from being fallen from a distance. The rugged smartphone is available in Titanium Gold and Meteor Grey coloured variants.

The size of the screen is 5.8 inches in size with AMOLED display. The display has additional protection which protects the device from being shattered, dust and scratches.

As for the battery, the smartphone is powered by a 4000mAh capacity battery. Which also comes with fast charging feature. This allows the device to quickly charge to a sufficient level.

As for applying the device during hiking or in adventures into the wilderness, you can use Bixby to control variety of functions. Turn on Stopwatch, flashlight, Compass and Barometre.

Read also:  Could this piece be the Samsung Galaxy Note 8