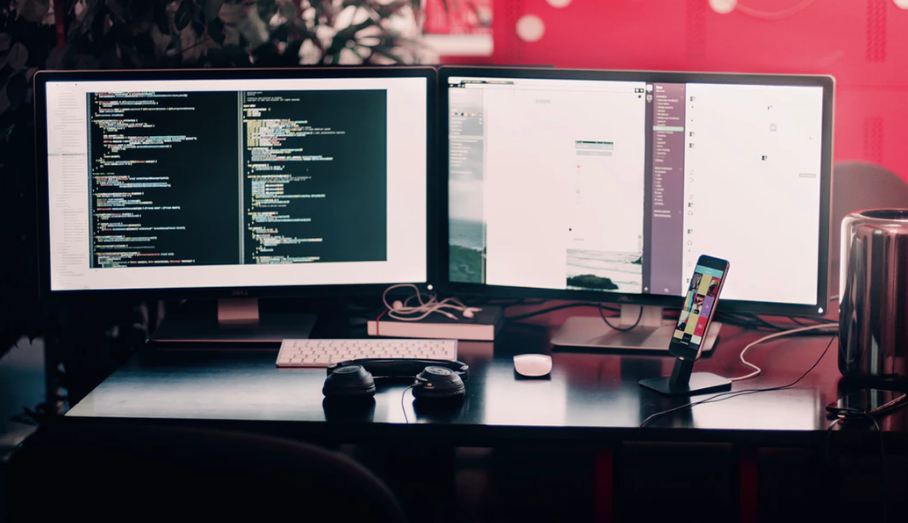 What Programming Language Should I Learn?

What Programming Language Should I Learn in 2019 ?, depends pretty much what you would want to achieve with it.

The most important thing is knowing what you want to achieve with a Programming Language out there.

Because, there are dozens of Programming Languages popping up to follow user trends and demands.

The technology industry, is really a fast changing one. And day in day out, we have seen remarkable improvements, innovations and new stuffs emerging.

Programming Languages isn’t left behind in this dynamic changes happening.

We have seen quite a number of Programming Languages go obsolete as time passes by.

Though, we still have some old communities still trying to make something out of them. e.g. Fortran.

Thus, if you just jump into learning a Programming Language, without actually knowing what you want to achieve with it, you will end up knowing only the peripherals or the basics with out actually delving deep to explore its potentials.

Some people may even become overwhelmed along the line while learning because they had no initial purpose setup prior to their learning.

And may end up doing something like this along the line:

If you are new with Programming, firstly, know yourself and know what you want to do.

Like do you want to make some robots, design a machine, make web pages, like Facebook and Twitter, Make an app, Design a game, Design a platform to ease data entry, Make apps for the home etc.

All these factors put together and your kind of person with your field of study or area of interest put together.

Mostly, will determine the types of Programming Languages, you would want to settle for.

Furthermore, one won’t expect some one that’s madly into Graphics design or some kind of animation to like C-Language or prefer using C.

But, this kind of people, may prefer Programming Languages with interactive compilers that can handle GUI (Graphical User Interfaces) instead.

Where as, some one with an Engineering background will most likely go for C, as it is the Language most closely to the machine or computer.

Secondly, another factor you want to consider, is the Platform with which you would be developing such projects with on the various Programming Languages.

Because, there are Platforms, that make your work simpler by equipping you with all the necessary tools you need to work with a Programming Language.

Thus, allowing you to achieve various tasks, without necessarily the need to leave that platform’s environment to outsource for resources.

By so doing, choosing an effective platform for Programming will improve efficiency and save you a lot of time.

Conversely, if you find yourself using an old platform to Program, which usually requires, you do most of the tasks from scratch, you may not be as effective enough, as one, who is already going by the trend and using newer tools.

But, you still have that advantage of knowing how everything puts together works. But, this days most people only care about the results of your Programming.

Your in depth knowledge of how every pieces came together, to form a Programming Language doesn’t matter this days.

Just how effective you are to achieve a certain task with whatever Programming Language you are learning or already had learnt, is the real deal. And what really matters in this 21st century.

There is no need to go retrogressive stone age anymore. Just follow suit with the trend and be the best you can be with any Programming Language that suits your person, your interest, your work and passion.

Therefore, the aim of this post, is to give an insight, an idea and a small guide. Which will thus, help you pick and decide on the Programming Languages, you would want to delve into in 2019.

And not to become overwhelmed by information overload and then, become lost in the “Programosphere“, like this guy:

I will try to keep this post, as short as possible, not to bug you with much information overload. But, to give you a tip and glimpse of how you can get a Programming Language.

At least  the type, you can concentrate on. Which can fit in to your schedule and match your goals.

Though, I may not cover all the Programming Languages out there in the market. But, I would at least mention few ones, you can use for various tasks.

And luckily enough, you may find one, out of the list that may suit you. Because, am not going to go into details or extensively into the topic.

As most times when you do this, users become overwhelmed with information and may therefore, lose interest. Rather I’ll summarize and make it fun to read.

So happy choosing and learning of various Programming Languages in the list below.

Before, we begin, I’ll advice you to go further by getting study materials and buying online courses of any Programming Language, you fall in love with in this post, via web platforms, like UDEMY, UDACITY etc.

Again, this brings us back to the very question, What Programming Language Should I Learn?. Answer: “it all depends on What you want to achieve”.

So let’s begin the list with the hope that some day you become more badass than this guy:

Programming Languages to Learn in 2019:

Here we go with the list, like I promised earlier, is gonna be pretty short. Note this list, is not in there other of relevance, just random picks based on What’s hot at the moment. And of course, Very Hot Programming Languages That’ll Make A Big, Big Difference in 2019.

If you are banking on Based on Relevance and whats hot in the industry, instead, should take this order rather:

If you want to design PC software (Desktop Applications): use C# (via visual studio). With C# (visual studio) you can even design android apps and ios app via an extension called: Xamarin.

Without having to learn how to code in Java or Swift. With C#, you can design many desktop applications to achieve various tasks, that run on Windows PC.

If you are hoping to become a desktop developer, then C# is for you.

C# is easy to learn and when you learn C# using, the Visual Studio, platform. You even become more efficient. As you are able to compile your created apps in the Windows executable formats, of .msi and exe.

Customize your installer and gain access to myriads of plugins that will boost your creativity. For example, like the Xamarin, I had mentioned earlier.

These set GUI’s are Pre-Programmed codes. Which can be implemented by simply dragging and dropping them to the building menu without having to pass through the hassle of writing fresh codes.

All you only need,  is to add one-two codes to spice up everything in order to build a fully functional GUI application.

For example, I will use myself as an example, to show you how easy it is to learn C# using Visual Studio.

Here we go with a short story back in College:

So, I was able to design a desktop Chat application which interacts with an external transceiver circuit connected to the USB port of a computer in just 5 days without having prior knowledge of C#.

If C# + using Visual Studio, could offer me such efficiency, I believe, new users will find it not hard to learn. But, rather fun and interactive.

If you want to go into designing mobile games (2D/3D): Then pick a game engine like Unity+C# knowledge written above: With both combined, though the former being a Platform (Game Engine), you can design interactive and viral games for mobile devices and tablets (iOS and Android).

And as a new user, when you publish your apps to various app stores, like, Playstore and App Store. You can start making something from it.

PHP is pretty everywhere in the web. With PHP you will always have one-two projects to delve into.

You can become a WordPress support dev. By developing WordPress plugins or themes or even the entire WordPress like CMS itself.

PHP, lets you design interactive webpages for server and client side alongside other Markup Languages to complement the PHP, like, HTML and CSS.

Plus, some background in Database, like MySQL will be all you need to setup a functional website that users can interact with.

But the hottest and trending Programming Languages now is Javascript and its libraries.

A knowledge of number 3 above, combined with Javscript and its libraries, like react, node.js, angular.js etc will really make you a badass.

You can pretty much do everything this days with Javascript. If you want to go into app development as a newbie with no prior knowledge of Programming. Then you should consider, React Native.

With React Native, you can create cool apps like that of Facebook. That Facebook app you see on your phone, is based on React Native. A Javascript library. React Native apps are sleek. And more like the future. Easy to learn for a newbie with cross platform support.

If you intend to become a full time web developer, then, there is no escaping of Javascript and it’s accompanying libraries.

With the increasing demand for it, having knowledge in this field even as a newbie ensures you of some job.

Therefore, Javascript and it’s libraries is a good Programming Language to learn as a beginner.

With Javascript now, you can work on the web, on server side, client side, build interactive apps and games.

Whatever, Javascript and it’s Libraries ain’t going soon. They are here to stay.

The number one hottest and trending Programming Language now is PYTHON. All depends on what you want to achieve with it.

If you an engineer (eee, mech, etc): Learn C programming first. Then you can learn how to program with Micro-controllers like, AVR and PIC in C-Language.

Learn to design circuits with Proteus, you can use all these to design myriads of electrical circuits boards that can achieve various tasks.

You can also learn how to use stuffs like Arduino and Rasberry-Pi (Which are already pre-programmed micro-controllers embedded in circuit boards already equipped with various input-output ports(Lan port, Wireless, USB, etc) that you can apply to achieve many tasks.

C-Language, not only do all the above mentioned, but is pretty much the basics, that some of the Languages were crafted out from.

If you want to design utility apps(converters, etc) for mobile (Android): Then you can delve into Android Studio, Eclipse.

A prior knowledge in Java will ease your learning of those. Java as a Language, in it itself, is more like a black-hole.

It has continued to remain relevant over the years. Tools like Android Studio and making apps, with Eclipse, are just a bit of what you can actually achieve with Java.

Java is wide, its is one of the most security conscious Programming Languages out there and it as continued to remain relevant over time.

I will draw the curtain here, In conclusion, if you don’t narrow your mind with what you want to achieve with a certain Programming Language, you will end up learning nothing at the end of the day.

Because, you will become overwhelmed with information over time and may become bored along the line.

Therefore, in order to avoid such events, first, know what you want to achieve with it!!!!. And focus on that.

This pretty much I know for now. If there is any hot Programming Language you are into. Which happens not to be featured in the least. Please, share with everyone in the comment section below.

Because, I know there are dozens of Programming Languages out there. Just trying to keep this post as pretty small as possible. Let the argument reign in the comment section. Off we go down.